Not only does May see two whole Bank Holidays to enjoy, it also sees the release of a fantastic slate of cult cinema from Arrow Video, with a healthy mix of giallo, cult crime and gore to keep fans happy.

Phenomena - on Limited Edition Blu-ray on 8 May 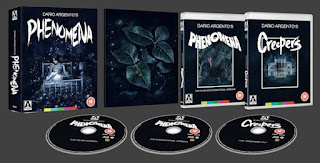 One of the later classics from Dario Argento’s golden age, Phenomena is a unique giallo that blends genre tropes with more than a hint of the supernatural. As well as a host of special features, this Limited Edition release includes a brand new 4K restoration from the original camera negative, produced exclusively for this edition.

- The 116-minute Italian cut features approximately six minutes of footage for which English audio does not exist. In these instances, the hybrid track reverts to Italian audio with English subtitles. 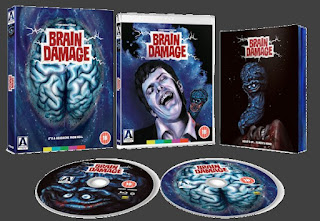 Frank Henenlotter’s ultimate head trip finally arrives on Blu-ray with this spectacular Dual Format release. Boasting some of the best bad taste gags ever committed to celluloid, Brain Damage is seen here in all it’s glory, complete with a host of limited edition extras. 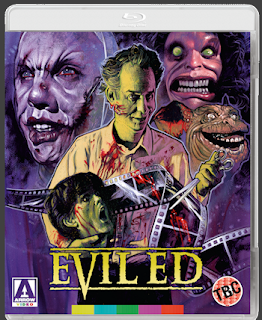 If Evil Ed is a blood-soaked love letter to 1980s splatter cinema, then this Arrow Video release is a Shakespearean sonnet. Complete with two versions of the film and a host of special features, this Special EDition is a must for anyone who’s spent time in the “Splatter and Gore department”.

Two versions of the film!
Original Stereo and 5.1 Audio Options
Optional English subtitles for the deaf and hard of hearing
Reversible sleeve featuring original and newly commissioned artwork by Graham Humphreys
Collector’s booklet with new writing on the film