HorrorCon UK have announced the second guest who will be attending this years event will be noted actor David Warner! 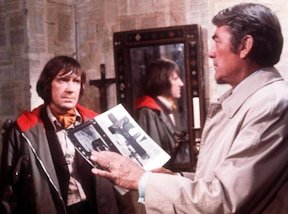 David is well known for such films as Straw Dogs, From Beyond the Grave, Nightwing, The Omen, Holocaust: Portrait in Evil, Time Bandits, Time After Time, Waxwork, Body Bags,  Necronomicon: Book of the Dead, Tron, Titanic, Scream 2, The League of Gentlemen's Apocalypse, and various characters in the Star Trek franchise including Star Trek V: The Final Frontier, Star Trek VI: The Undiscovered Country and Star Trek: The Next Generation.

He recently appeared as Abraham Van Helsing in Penny Dreadful and Inside No. 9 "The Trial of Elizabeth Gadge".

More guests to be announced soon.
HorrorCon UK 2017 takes place at the Magna Centre, Sheffield, 13-14 May 2017.
For more info visit http://www.horrorconuk.com
Posted by Dark Angel at 11:54