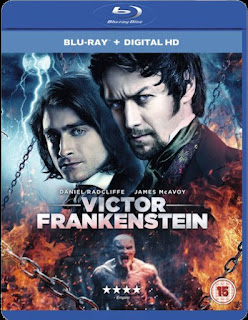 But Victor’s experiments go too far, and his obsession has horrifying consequences. Only Igor can bring his friend back from the brink of madness and save him from his monstrous creation.

The film will be released to Digital outlets March 28, with a DVD and BD release following April 11.

Pre-order the UK BD at Amazon.co.uk

Pre-order the UK DVD at Amazon.co.uk