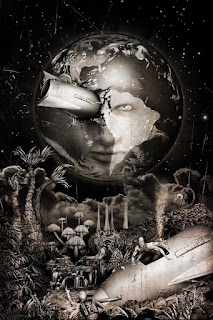 Martian Lit is proud to launch the Kickstarter for their newest sci-fi comic book, “The Canals of Earth!”


Watch as Mars looks to the sky and sees Earth, imagining her as a four-armed goddess with her own mythology!

Watch as Mars spies Earth through a telescope and lands probes here… before human history even began!

The 23-page color story appears in Martian Comics #5, but it’s totally self-contained and requires no knowledge of the overall series.

As part of the campaign, they’re offering the issue in print in a limited, signed-and-numbered edition. We’re also offering limited postcard prints and other goodies! Get ‘em while you can!
Visit the official Martian Comics page and see the series so far on ComiXology. You can also follow the series on Twitter and on Facebook. And if you sign up for the mailing list, you'll get a free PDF book!
For more info on how to get involved with the Kickstarter fund and benefits assosiated with the various levels of investment, visit the official Kickstarter page.