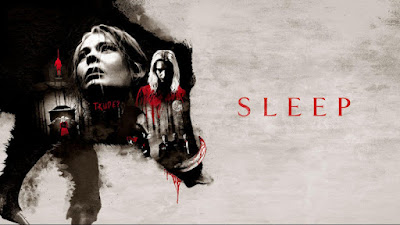 Richly conceived and confidently told, with superb performances and nerve-shredding sound design, director and co-writer Michael Venus draws influence from Mario Bava, David Lynch, Franz Kafka and the Brothers Grimm, The Wicker Man and The Shining, but his voice is uniquely his own. As invested in substance and story as he is in style, Venus claws his way down to the roots of what haunts a people, a community, a nation - and comes up screaming.

Synopsis:
WHO PROTECTS YOU WHEN YOU SLEEP?

Tormented by recurring nightmares of a place she has never been, Marlene (Sandra Hueller, Requiem) cannot help but investigate when she discovers the place is real. Once there, she suffers a breakdown and is admitted to a psychiatric ward. Determined to discover what happened to her, Mona (Gro Swantje Kohlhof) her daughter, follows and finds herself in Stainbach, an idyllic village with a dark history/secret. What is it that so tormented her mother, and the people of Stainbach? What is the source of the nightmares she suffered? Who is the mysterious Trude that lives in the forest?