For the first time on standalone DVD, BLOOD MASSACRE is another title of the Tetro Underground collection (a line dedicated to all the underground films produced until 1999) along with I LOVE SNUFF. 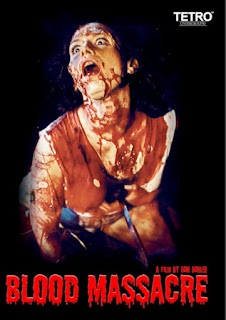 Directed by Don Dohler (Nightbeast, Alien Factor), BLOOD MASSACRE is a surprisingly atmospheric slice of late-80s/early-90s horror. It was shot in 1987 and released on VHS in 1991.

Synopsis: a group of deranged Vietnam vets start a robbery and murder spree at a local store and breaking into an isolated house they take a family hostage. As they terrorize the captive family, they don't realize they are soon in for a surprise... 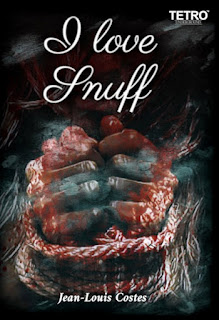 I LOVE SNUFF is a revolting and obscene film written, directed and starring Jean-Louis Costes, a french noise musician, performance artist and film actor described as the french version of GG Allin. He appeared in Irréversible by Gaspar Noé.

I LOVE SNUFF comes in two editions with french language, english/italian subs and with "Costes Exclusive TetroVideo Interview" and "Trailer" included in the Bonus Features:

Synopsis: an S/M couple kidnaps a young victim and tortures her. They film the tortures and send the videos to the girl's husband, hoping to horrify him and get a reaction. But the husband is excited and asks for more...

I LOVE SNUFF is written by Jean-Louis Costes and Yves Pierog. 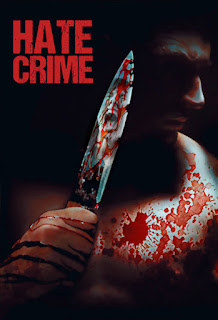 Written and directed by James Cullen Bressack (Deadly Reunion, Bethany), Hate Crime is a violent found footage / home invasion film about racial hatred. It has been banned in the UK by the BBFC.

Writer-director James Cullen Bressack said: "As a Jewish man, and a victim of anti-Semitic hate, I made a horror film that depicts the very thing that haunts my dreams. As an artist I wanted to tell a story to remind us that we live in a dangerous world; a world where racial violence is on the rise. It saddens me to learn that censorship is still alive and well".

HATE CRIME comes in a limited Mediabook edition with english language, french/italian subs and with "Behind the scenes", "Audio commentary" and "Trailer" in the Bonus Features.

Synopsis: a Jewish family, that just arrived in a new neighborhood, are recording their youngest son's birthday celebrations on video when their home is suddenly invaded by a bunch of neo-Nazi lunatics who want to humiliate, torture and exterminate everyone.

To purchase these and other titles, visit TetroVideo.