The soundtrack for the science fiction slasher film SCARECROWD is set for release on November 5, 2021, on Digital. Featuring 4 tracks by Belyalis. 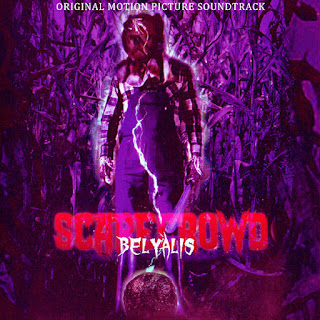 SCARECROWD - Original Motion Picture Soundtrack is Belyalis' first EP. It has 4 tracks in total and runs for 21 minutes or less and will be available next month on Spotify, YouTube Music and Apple Music channels.

Belyalis' soundtrack mixes the dark synth sounds with the ambient music for typical dark sci-fi atmospheres. It's a tribute to sci-fi cinema, from the 60's to the 90's, with clear references to the 80's horror cinema, between John Harrison's Creepshow and Mandy OST by the late Jóhann Jóhannsson.

SCARECROWD (2015) synopsis: Farmer Tony Maio (Fabrizio Occhipinti) turns into a fierce mutant because of a meteorite impact on Earth. Disguised as a scarecrow in order to hide his appearance, he starts to kill people to satisfy his bloodlust.

Produced by Domiziano Cristopharo and directed by George Nevada in 2015, the science fiction slasher film Scarecrowd is now available on DVD, via TetroVideo.