Thursday the 10th of October saw me make my annual pilgrimage to the Broadway Arts Cinema in Nottingham for the start of the 2019 Mayhem Film Festival. For 4 whole days of horror, exploitation and general weird films from around the globe. 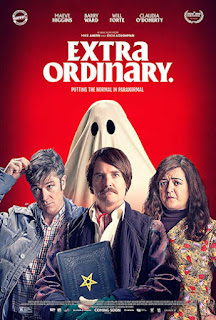 Things kicked off in a spectacular fashion with the horror comedy "Extra Ordinary". Set in Ireland, the film revolves around a hapless driving instructor named Rose (played by Irish comedian Maeve Higgins) who became sort of infamous many years ago, for appearing in a series of paranormal videos with her father, in which they would exorcise ghostly spirits.

Trying to put the past behind her following her fathers death, the poor woman has grown heartily sick of the phone calls from people claiming to be plagued by poltergeists or asking if she can contact deceased loved ones and just wants to focus on her new job.

But it seems her past might be about to catch up with her, as an ageing rock star, Christian Winters (Will Forte – TVs The Last Man on Earth) who’s been dabbling in the dark arts, possesses the daughter of one of her clients. Hoping a ritual sacrifice to the devil will revitalise his fame and fortune.

This was a real hit with the crowds, packed with off-kilter humour, subtle (and not so subtle) nods to various horror films and a hilarious end battle which puts a whole new shine on the phrase “cinematic climax”. As Rose and the girls father try and rescue his daughter.

Co director Mike Ahern was there to introduce the film and do a Q&A afterwards, footage of which will appear on my YouTube channel shortly. 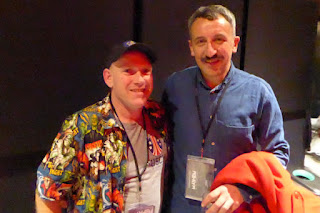 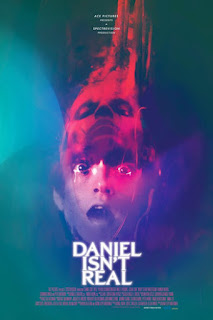 Sticking with the ghostly theme came the second and final film of the opening night, “Daniel isn’t Real”. Which marked a very different tonal shift from the light hearted nature of the previous film.

Richard (Andrew Bridges), is a teenage student with a troubled past, who thinks he may be developing the same mental health issues as his mother and becoming delusional. After an imaginary childhood friend named Daniel, that he vanquished from his memories many years ago, suddenly resurfaces.

His psychiatrist initially tells him not to worry, and to embrace his imagination. Which initially seems to go rather well, as Daniel (Patrick Schwarzenegger – Arnie’s son), though seemingly imaginary, shows him how to become more confident and less introverted, and suddenly Richard becomes extremely outgoing, is a hit with the ladies and starts flying through his exams.

But when things take a sinister turn and Richard starts doing rather nasty things to people that he has no recollection of, he begins to wonder if he’s sliding into Schizophrenia, or maybe his imaginary friend isn’t really imaginary?

Directed by Adam Egypt Mortimer (Holidays, Some Kind of Hate), this was an interesting film in which you’re never really too sure whether Richard is just ill, or there really is something to this Daniel character he thinks he's imagining. Whilst this wasn’t really my sort of horror film, it certainly went down well with the crowd. But if anyone can figure out what the ending was about, please let me know!

And that concluded Day 1 of the festival.