"White of the Eye" comes to UK disc from Arrow 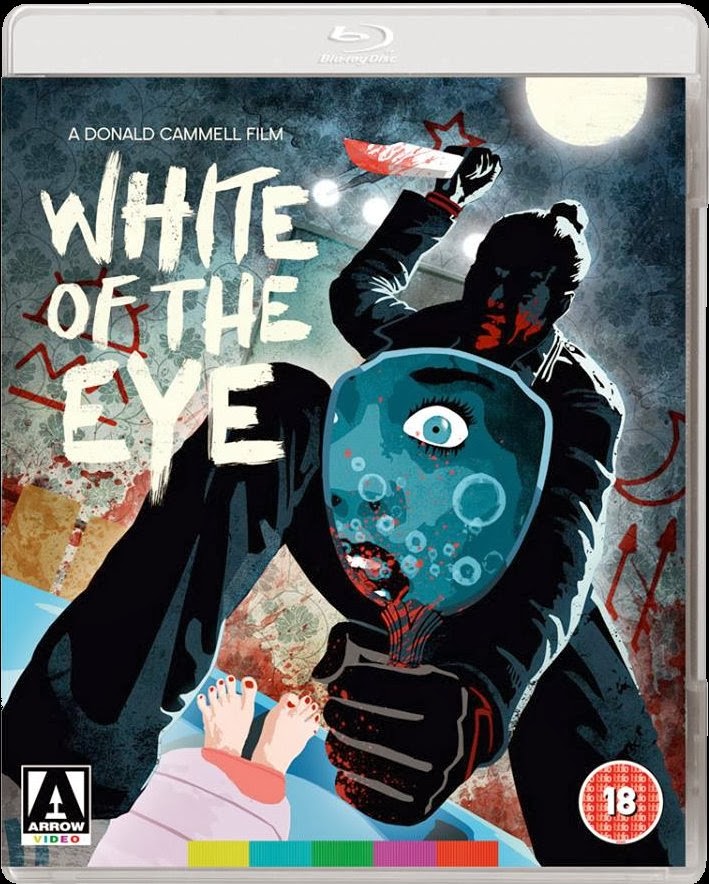 Arrow Video is excited to announce the UK Dual Format Blu-ray + DVD and Steelbook release of the 1987 British thriller, White of the Eye, which will be making its worldwide Blu-ray debut, and UK DVD debut from 31st March 2014.
Described by the distinguished critic David Thomson as “one of the great secret works in cinema”, White of the Eye is one of the most bizarre and unforgettable thrillers ever made.
A serial killer is on the loose in and around the small community of Globe, Arizona, and housewife Joan White (Cathy Moriarty) gradually comes to suspect that her opera-loving hi-fi engineer husband Paul (David Keith) might know more than he’s letting on…
So far so familiar, but in the hands of British visionary Donald Cammell (who wrote and co-directed Performance with Nicolas Roeg), the film becomes a dazzling kaleidoscope of images and ideas, spanning everything from Apache folklore, desert landscapes and stylish murder set-pieces that recall Dario Argento to a painfully vivid dissection of the emotional fissures undermining a modern marriage. It’s all set to an equally eclectic score co-written by Pink Floyd’s Nick Mason.
Featuring a bumper crop of bonus features such as documentary 'Donald Cammell: The Ultimate Performance' (1998), Donald Cammell’s short film, The Argument, an audio commentary by Donald Cammell's biographer Sam Umland, deleted scenes, original opening credits and the theatrical trailer.