Bates Motel re-opens in April on the Universal Channel (UK) 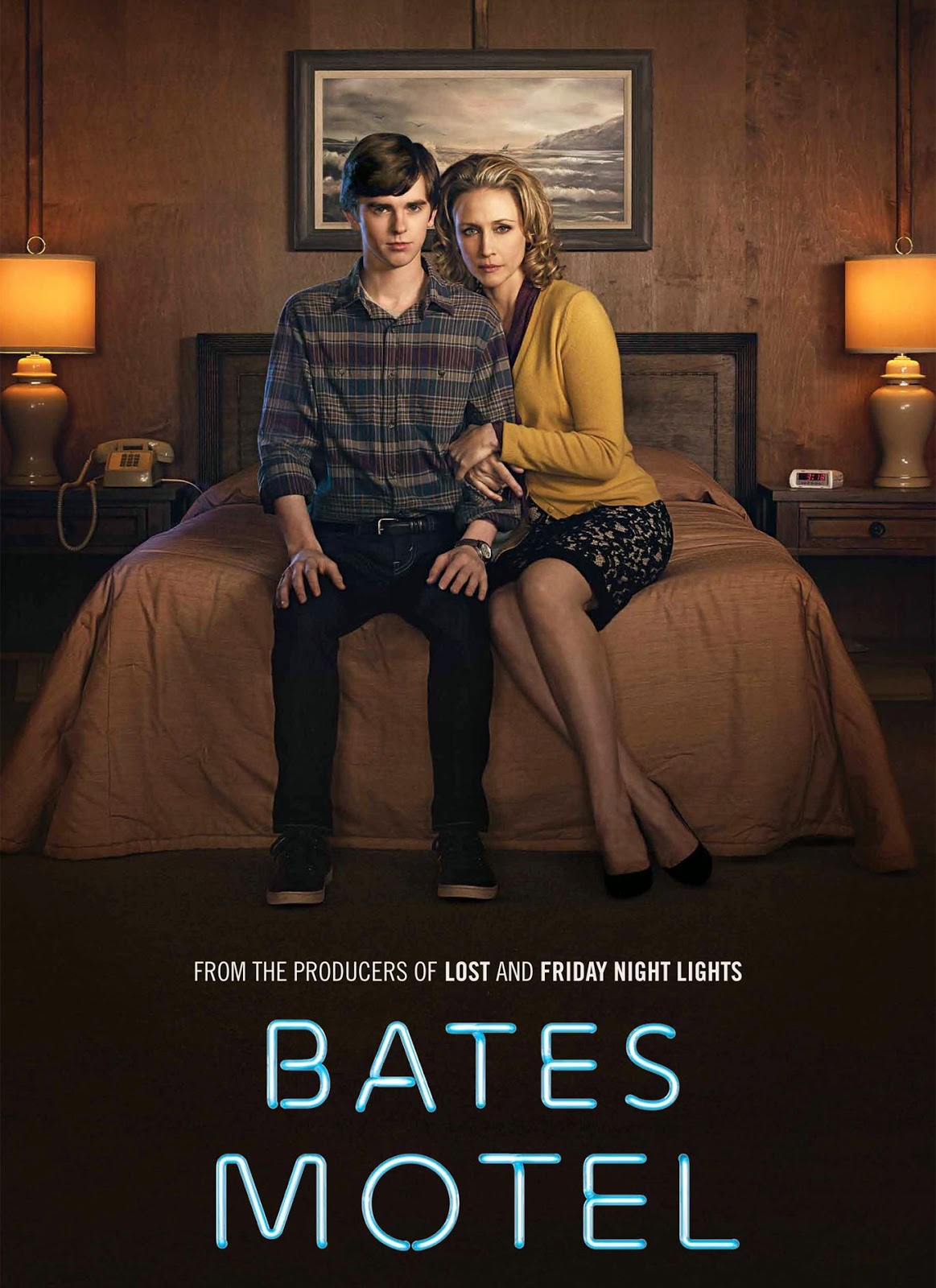 Returning to UK screens this April on the Universal channel, Bates Motel. Following the first season’s dramatic cliff hanger, the action returns exactly where the gripping Season One finale left off – at Miss Watson’s house.
Season Two is even bigger and more dramatic than the first, as White Pine Bay becomes a more dangerous place. As Norman’s black outs continue, with no knowledge of what happens during them, intrigue builds as to his awareness of his own self. Dylan finds himself in the middle of cross fire in a deadly war between two families, and Norma worries about the future of the motel. At the centre of it all, the relationship between Norma and Norman continues to unfold as ever more complex and complicated.
Inspired by the 1960s film, Bates Motel takes a contemporary look into Norman Bates’ teenage years and delves into the complicated relationship between Norman and his mother, Norma. Imagining the dark and twisted backstory to Psycho, the series reveals how Norman’s psyche unravels and the events that helped shape the infamous serial killer.
With Season 2 returning exactly where Season 1 leaves the action, don’t miss your chance to catch Bates Motel from the beginning on the 10th -14th March on the Universal channel (UK).