Special Screening of "In Fear" at the Prince Charles Cinema London. 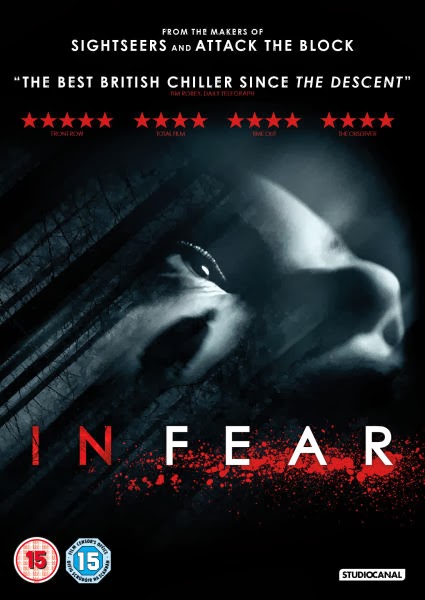 "IN FEAR" is released to UK DVD & Blu-ray on the 10th MARCH and to celebrate, StudioCanal (in partnership with TOTAL FILM magazine) is hosting a special screening event at The Prince Charles Cinema.
Fans have one last chance to watch this tense psychological horror on the big screen, taking place at 6.30pm on Monday 10th March, and will also be treated to an exclusive Q&A with the Director Jeremy Lovering – hosted by TOTAL FILM’s Editor-at-Large Jamie Graham.

The film stars Iain De Caestecker (Filth) and Alice Englert (Beautiful Creatures) as a young couple fighting to make it through the night when they find themselves trapped in a maze of country roads.
With only their vehicle for protection, Tom (De Caestecker) and Lucy (Englert) become terrorised by an unseen tormentor hell-bent on exploiting their worst fears. Driving, lost and tormented in the night, primal fears of the dark and the unknown give way to fear that you have let the evil in, or that it is already there.
Also starring Allen Leech (Downton Abbey), IN FEAR is directed by Jeremy Lovering (Sherlock) and produced by Nira Park (Shaun of the Dead, The World’s End, Sightseers).
Tickets are limited – so to get yours visit THE PRINCE CHARLES CINEMA website.
Buy the UK DVD from Amazon.co.uk
Buy the UK BD from Amazon.co.uk