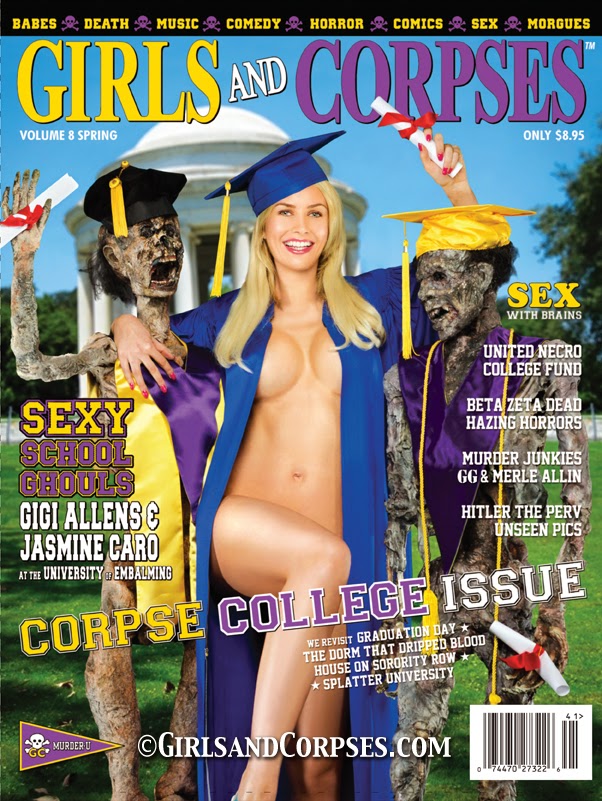 Welcome to HELL week at ALPHA BETA DIE and what could be better than HOT SEXY sorority girls canoodling with COLD ROTTING fraternity corpses in their dorm rooms? It's also SPRINGTIME For HITLER with a dozen UNPUBLISHED HISTORIC photos of Adolf Hitler.

So, order this educational issue before you flunk out! Click now to order: http://girlsandcorpses.com/store/index.html