New image from "Let the Right One In" stage production

The producers of the stage version of "Let the Right One In" have just released the following image from their production. 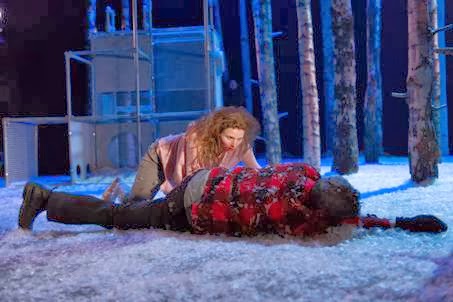 The critically-acclaimed South Bank Sky Arts award-winning production will transfer to London’s West End on 26 March for a strictly limited season.
Based on the Swedish novel and cult-hit film by John Ajvide Lindqvist, LET THE RIGHT ONE IN will be the first show to play the recently refurbished and re-opened Apollo Theatre, Shaftesbury Avenue.
The production marks the National Theatre of Scotland’s West End debut, and follows the show’s sell out success at the Royal Court Theatre.
For more info and to book tickets visit the Apollo Theatre Website.