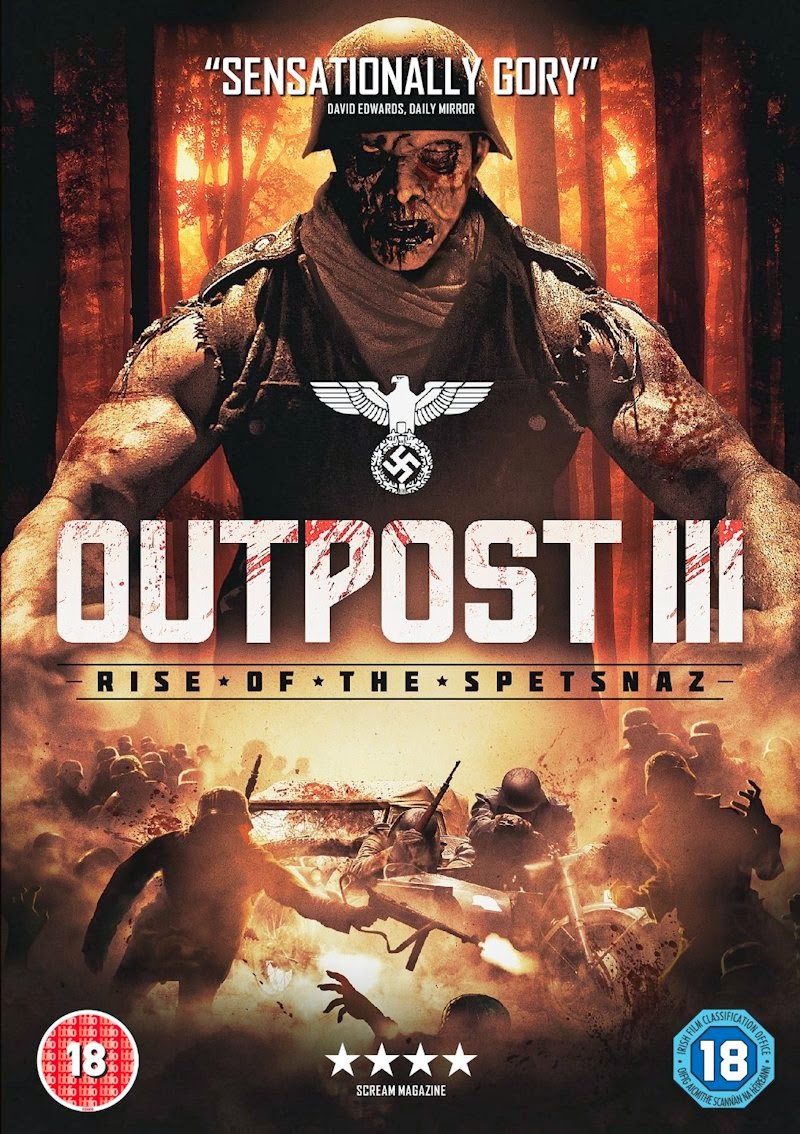 I'd really enjoyed the first 2 “Outpost” films, so when I was given the opportunity to review an advance copy of the latest instalment, “Outpost 3 : Rise of the Spetsnaz”, I eagerly jumped at the chance.
Now the first thing that surprised me is that the plot for this doesn’t actually follow straight on from the previous film. As this third outing is a prequel, which attempts to fill in some of the back story behind the series.
Set in 1944, towards the end of WW2. The story is told from the perspective of a group of Russian Special Forces operatives, lead by an officer named Dolokhov (played by “Battleground’s” Bryan Larkin).
After discovering the Nazis have a secret base somewhere in the forest, the group set up an ambush and proceed to start wiping out the supply convoys travelling to the base.
Unfortunately, the group soon find themselves overpowered and taken back to the Nazi’s bunker, where the evil SS officer Strasser (Michael McKell of TVs “Emmerdale” and “Doctors” fame) has been performing bizarre experiments, in the hopes turning his troops into unstoppable super-soldiers.
But it seems the experiments have strange side effects, and so Dolokhov and the remainder of his unit find themselves not only having to fight their way past the armed guards, but also hoardes of undead nazi zombies as they attempt to break out of the complex and escape.
Directed by Kieran Parker, who produced the previous 2 films, “Outpost 3” is a hugely enjoyable, action packed, gore fest. With a lot of fun action scenes and lashings of blood and violence. If you liked the previous movies, you should enjoy this.
The screener copy I was sent didn’t contain any extras, so I have no idea if the release version will contain any supplemental material or will be bare bones.
“Outpost 3 : Rise of the Spetsnaz” is released to UK Monday the 31st March from eOne.
View the trailer on YouTube.
Buy the from Amazon.co.uk