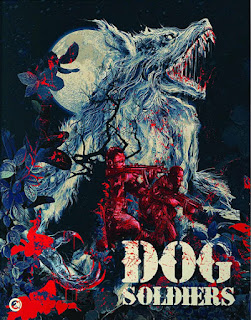 The highly anticipated box set arrives on 22 August 2022 and includes a new 4K restoration from the original camera negative approved by the director himself and Sam McCurdy the director of photography. The Limited Edition comes in a rigid slipcase with brand-new artwork by Chris Malbon and a 108-page book with new essays. It’s packed full of special features including brand new and archive commentaries, a new 40-minute interview with Neil Marshall, Werewolves vs Soldiers: The Making of, A History of Lycanthropy from author Gavin Baddeley, Werewolves, Folklore and Cinema: a video essay by author Mikel J. Koven, Combat: a short film by Neil Marshall, deleted scenes and gag reel plus much more...

During a routine training mission in the Scottish Highlands, a small squad of happy-go-lucky British soldiers, including Cooper (Kevin McKidd – Trainspotting), led by Sergeant Wells (Sean Pertwee – Event Horizon, Gotham), plan to join a Special Operations unit… but when they arrive all they find is bloody remains – and only one survivor, C.O. Ryan (Liam Cunningham – Hunger, Game of Thrones).

When the vicious perpetrators return, the group find themselves in mortal danger, but a mysterious zoologist, (Emma Cleasby – Doomsday, Lewis) miraculously saves them. Taking shelter in an abandoned farmhouse, with no means of escape, it’s only a matter of time before the attackers return…

When night falls and the full moon appears, carnage descends, and it’s werewolves versus soldiers in a battle for survival, as they face the unflinching terror of the DOG SOLDIERS. This unapologetically brutal and darkly funny horror will drive you barking mad with demented delight. 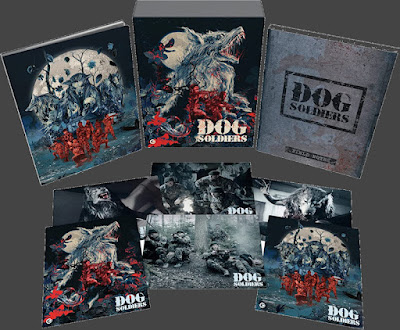