Coming to UK and Irish cinemas this September from Sony Pictures Entertainment. A group of rich 20-somethings decide to have a house party at a remote mansion during a hurricane. The group decides to play a party game "bodies bodies bodies", which is a murder in the dark-style game. But when the game goes poorly, fracturing the already strained friendships even more, they soon find there may be a real murderer among them and have to figure out who it may be, in this fresh and funny look at backstabbing, fake friends, and one party gone very, very wrong. 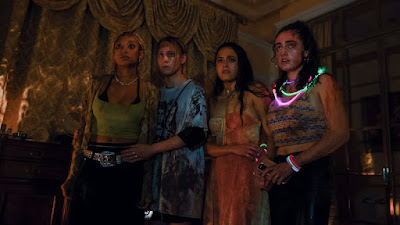