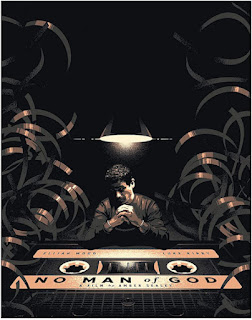 Following its lauded UK Premiere at FrightFest, 101 Films announces details of Amber Sealey’s NO MAN OF GOD, arriving on Special Edition Blu-ray 25 October 2021, alongside a standard DVD release. The film is now available on digital platforms.

Delve into the dark and twisted mind of one of America’s most notorious serial killers – Ted Bundy – in NO MAN OF GOD, a darkly disturbing feature that follows a rarely seen moment in criminal history, after Bundy was sentenced to death and waited to meet his maker, the FBI sent in one of their top analysts to interrogate the murderer to try and find out the full extent of his crimes, his motives and to find answers for his heinous crimes to help the victims’ families.

Directed by Amber Sealey (How to Cheat), based on actual interview transcripts, the critically acclaimed film features outstanding performances from a stellar cast that sees Elijah Wood as FBI analyst Bill Hagmaier, the man tasked by FBI boss (Robert Patrick - Terminator 2, Honest Theif) to get inside the mind of the infamous killer, Ted Bundy played in an unnervingly convincing turn by Luke Kirby.

Bundy’s (Luke Kirby – The Marvelous Mrs. Maisel, Halloween: Resurrection) reign of terror – that saw him kidnap, rape and murder many young women and girls, across numerous states and many years – ended with multiple death sentences, with the full extent of his crimes still to be realised. Bill Hagmaier (Elijah Wood – The Lord of the Rings, Eternal Sunshine of the Spotless Mind) was tasked with understanding how truly dangerous Bundy was and to give solace to victims’ families.

Taken from real-life transcripts and revolving around a singular interrogation room, the mind of Bundy is explored in a lesser known period of his life on death row, from 1984 to the day of his execution in 1989.

With time running out before the serial killer is given the chair, will Hagmaier be able to get closure for the families searching for answers?

See the real face of evil in NO MAN OF GOD, a truly terrifying real-crime horror.

Out now on Digital. 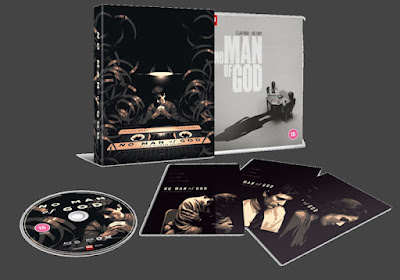