Extreme films coming to Disc from TetroVideo this month

Melancholie der Engel is a shocking independent extreme film about perversions and depravity. The film is directed, shot and edited by Marian Dora and co-written by Dora and Carsten Frank.

Synopsis: two friends meet again to share their last days in an old house where everything happened a long time ago. They gather a group of people, which results in a disastrous turn of events, during which reveals the deepest human depths.

Produced, written and directed by Marian Dora, Carcinoma is one of the most disturbing films ever made and explores the vast array of emotions and mental states that accompany the diagnosis of terminal illness.

The plot centers around a terminally ill who refuses treatment and establishes a carnal fixation on the cancer that slowly consumes him. 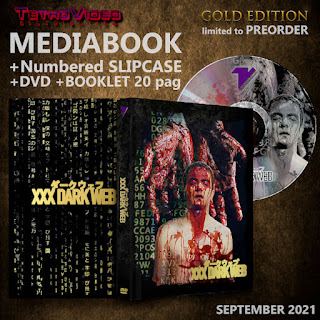 The film consists of six episodes that explore the theme of the vast unknown spaces in the non-indexed internet.