In anticipation of Michael Myers' return, Fright-Rags has launched its Halloween Kills collection along with new apparel from An American Werewolf in London and The Hilarious House of Frightenstein. 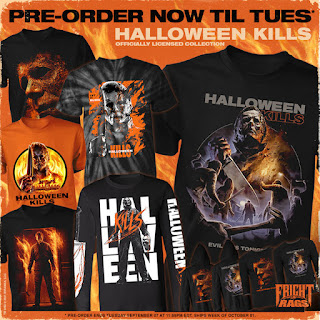 Fright-Rags is taking pre-orders on six Halloween Kills designs, including T-shirts, zip-up hoodies, baseball tees, tie-dye shirts, and long-sleeve shirts. They're available through Tuesday, September 7, to ensure delivery before the film's release on October 15. If you miss the pre-order window, the collection will be in stock on October 5. 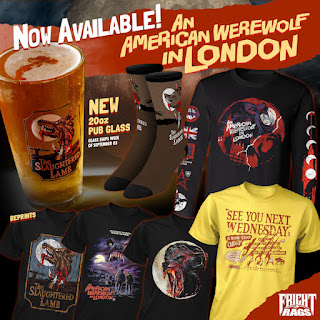 Celebrate 40 years of An American Werewolf in London with Fright-Rags’ merchandise. Sink your claws into a Slaughtered Lamb pint glass, new short-sleeve and long-sleeve shirts, plus restocked designs. 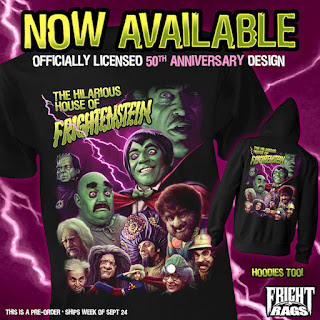 1970s children’s TV show The Hilarious House of Frightenstein has received a new design from Fright-Rags. Vincent Price and the rest of the gang are available on T-shirts and zip-up hoodies.

Halloween Kills, An American Werewolf in London, and The Hilarious House of Frightenstein collections are on sale now at Fright-Rags.com.