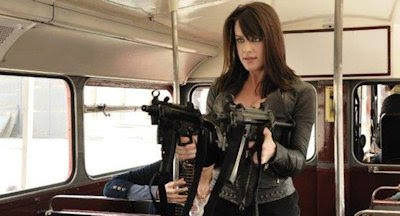 There’s Geezer Gore galore in what director Matthias Hoene calls Evil Dead 2 meets Withnail & I. Workers on a Docklands building site uncover a burial ground sealed up in 1666. However some of the corpses aren’t Brown Bread at all, and before you know it London’s East End is infested with hungry zombies. Can bank robber brothers Terry and Andy Macguire get to the Bow Bells Care Home, run by their granddad, in time to rescue everyone? The Raspberry Ripples are under siege with only their Zimmer frames and wheelchairs to kick some zombie Khyber Pass. Would you Adam and Eve it? Richard Briars and Honor Blackman are amongst a sparkling Brit cast. 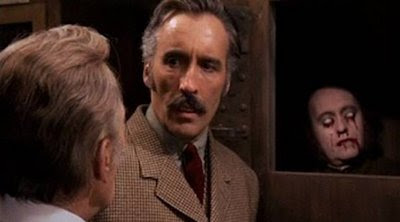 Alexander Saxton (Christopher Lee), a British anthropologist researching in the Russian Far East, boards the Trans-Siberian Express with his latest discovery, a frozen specimen he hopes to prove is the missing link. But passengers begin to turn up dead, and terror engulfs the train as Saxton and his partner, Dr. Wells (Peter Cushing), struggle to contain a mysterious -- and increasingly murderous -- force with the power to control minds. 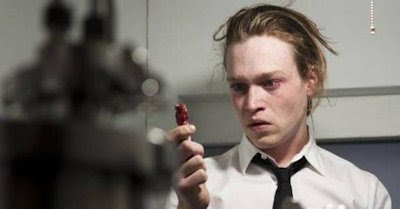 In a dystopian near-future, Caleb Landry Jones stars as Syd, a haunted young man employed by a corporation which markets celebrity viruses. His employer has an exclusive licensing arrangement with the world's biggest female star, Hannah Geist (Sarah Gadon). One day Syd is given the important job of picking up a sample of a new disease she has. Obsessive and addictive, Syd injects himself with it and finds that the sickness he shares with Hannah is more serious than he thought. Also stars Malcolm McDowell.

Three reporters sneak off to an isolated Polish village, eager to investigate the disappearance of a backpacker. They arrive on European soil to find hostile villagers and a strange fog hovering over the neighbouring forest. A foray into the woods leads to the discovery of a horrific artefact and the unfolding of equally horrific events. This is demonic forces, served up European style. 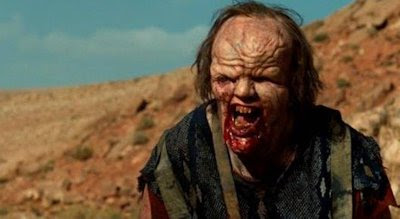 Wes Craven followed his compelling cult classic The Last House on the Left with this violent morality tale about a bloody war of attrition between two families. The Carters travel across the Californian desert in search of an inherited silver mine. Stranded in the middle of a former nuclear testing site, their attempts to find help lead them into the territory of a savage family of cave-dwelling cannibals. No one is spared from the ensuing nightmare as the family's "values" are clearly drawn and anything goes in a race to survive. 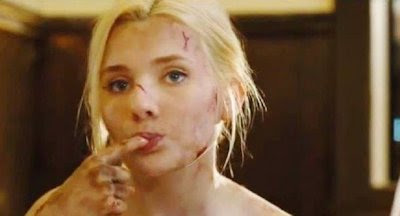 Ever since she was a young girl, Veronica has been groomed by her mentor to become a lethal assassin, with her sights set on devil-may-care murderers who think they are above the law. Her latest targets are a pack of wild child American Psychos who love nothing more than hunting distressed female prey in the woods. But when the wolf pack is manipulated into picking Veronica as their latest victim, they learn pretty fast they chose the wrong girl. Famed photographer Tyler Shields makes an impressive feature debut.

When environmental lawyer Samantha (Kelly Noonan) returns to her childhood home to celebrate her coal mining father George's (Jeff Fahey) retirement, she is persuaded into volunteering to work with him in the mine on his last day. When drilling triggers a cave-in, panic starts to set in. As they frantically search for a way out, something unknown seems to take over their bodies one by one, causing them to strike out against one another violently. Is there something truly evil down below, or is it all in their minds?

A cult horror comedy that went on to spawn three sequels, Roger Cobb (William Katt) is a best-selling novelist trying to get over the end of his marriage and the mysterious disappearance of his son. When Cobb’s aunt commits suicide, the author moves into her home. Initially, he enjoys the solitude, however he soon begins to realise that the house is haunted. Eventually the evil zombies in the house force Roger to endure a harrowing journey into his past… 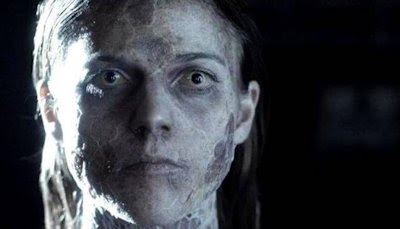 Young newlyweds Paul and Bea travel to a remote, romantic lake in the country for their honeymoon. Shortly after arriving, Paul finds Bea wandering in the forest for no apparent reason. As her behaviour gets increasingly peculiar, he begins to suspect something more sinister than sleepwalking took place deep in the woods. Harry Treadaway (Control) and Rose Leslie (Games of Thrones) give captivating performances as a couple taking new love to disturbing depths. 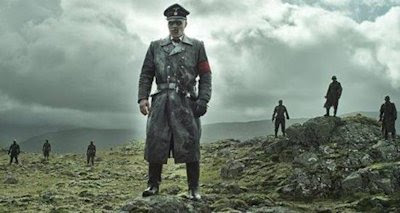 Director Tommy Wirkola improves on his Nazi zombie original in clever ways that don’t betray the core conceit of witty and heartfelt non-stop action. Sole survivor Martin crashes his getaway car in the mountains after fighting SS officer Herzog for control of the vehicle. Waking up in hospital Martin discovers he's blamed by police for all his friends' murders, and he's had Herzog's severed arm attached to his shoulder by mistake, meaning he now has the zombie creating power; something which will come in use when Herzog's dead army advances towards the small town of Tarvik.

Twins Todd and Terry seem like sweet boys - until one of them takes an axe to the face of a fellow patron at the local drive-in. Todd is blamed for the bloody crime and institutionalised, whilst twin brother Terry goes free. It’s now ten years later, and as the family gathers around the table for a Thanksgiving meal, the news comes in that Todd has escaped. But has the real killer in fact been in their midst all along? One thing’s for sure; there will be blood and rage! Shot in 1983 but not released until 1987, the cult classic was re-cut and shown in theatres as Nightmare at Shadow Woods.