Nicholas Winding Refn recently spoke with interviewer Paul Heath about his new film "The Neon Demon", which has just been released to UK Disc and Digital. 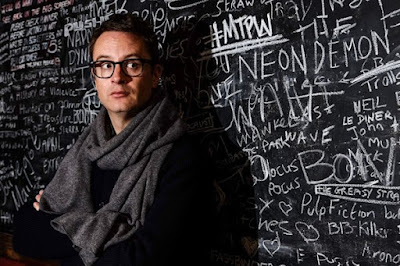 Nicolas, you co-wrote the script and came up with the original idea. I just wanted to chat about the origins of The Neon Demon?

NWR: I wanted to make a film about beauty. So I thought what if I made it into a teenage horror film. But then I wanted to do it as a comedy as well and add a lot of camp, because I love camp and vulgarity. Then it also had to have a little bit of science fiction and a bit of melodrama.

How does it all start for you? There quite a vivid image right at the beginning of the film of Elle Fanning's character on a couch with her throat cut and her eyes wide open - which really sticks in your memory....

You've been quoted in saying that the film is really about the sixteen year old girl in all of us. What did you mean by that?

Of course this is the polar opposite of your last couple of films like Drive and Only God Forgives and we have largely female protagonists. In fact the male characters are very much...

Yes. Was it your intention to make something completely different with this?

Yes, I thought that I wanted to make a movie about women and the world of women, and everything that that would mean. Therefore all the male characters became more archetypes rather than part of the storytelling. You can say for example the boyfriend – the young man she sees at the beginning – kind of represents morale, society, acceptability. He has the right thoughts, parked in the right place, all of the good morals, and of course he's the one that challenges that [Jesse] is about more than just beauty. But then the designer says that if she wasn't that beautiful then you wouldn't have looked. She's also very hypocritical, which we all are. A lot of the time beauty is all superficial nonsense but at the same time we desire it, we need it, we dream about it.  You have Keanu Reeves who represents the male threat to virginity – the predator. Women are preyed upon in the entertainment industry as well as everywhere else.  Then there's the fashion photographer who, while he seems in control, all he is is a gateway. And then of course you have the designer who is the high-concept version of the obsession. Even though what he says is so extreme there is a lot of truth to it.

And you mention Keanu. He's not really the obvious choice for his role in the film. How did he become involved?

I met Keanu some years ago. I've always been very fascinated by him and so I picked up the phone and asked if he would come down and drink bad coffee and sit in a plastic chair and he said yes, sure.

He's quite the cool guy and he's made some amazing choices in his career.

Keanu is amazing. Keanu is so unique that he's going to be around a lot longer than most of us.

Yes, but in terms of how he chooses, how he looks at life. He's a very, very inspiring person. He's the only one who has defined all genres that Hollywood now makes.

You have Elle Fanninf in the main role. How did she become involved? It's probably the most important character to cast.

It was all about her. The question was 'who is going to play [Jesse]'. I didn't really know and I was in Hollywood casting the film and we had to find someone who was going to have the believability, the looks and of course the acting skills to take it to that level. Those three things do not go hand in hand, so it was a bit like 'fuck, what do I do?' My wife had seen a movie she had done and said she was really good and the casting directors had worked with her on another movie and we were like 'maybe Elle is the one'. Elle's manager had sent me a photo shoot that she had done – a fashion shoot – and she was amazing, and I was like, right away, 'it's her. I don't care. I don't need to see her. Just hire her.'

She was just sixteen when you shot it?

Yes. She's very skilled. She does the Michael Caine acting. She's so good an actress that you can't tell. 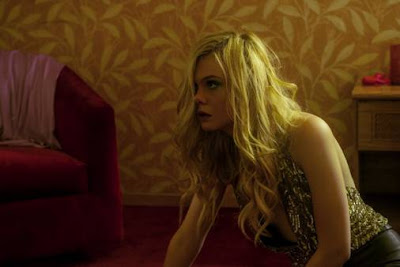 And this story is set within the fashion industry out there, but it could be any industry couldn't it?

It's beauty. It's what we all obsess about.

Absolutely. Even the ones who say they're not. They're lying.

There's a lot of symbolism in this particularly film.  Obviously there's the use of a lot of mirrors but there's the constant triangles. What did they represent?

Triangles represent the three women. The three women represent the three main desires. Gigi, who is not born beautiful but who tries to artificially create herself, Sarah, the supermodel who is afraid of age and longevity, and then Ruby who desires purity and virginity. All those things essentially equal beauty because beauty is both inner and outer. I wanted The Neon Demon to have a symbol – like an identity, so I came up with this neon triangle because neon is very analogue, but its very futuristic at the same time. It's very fashiony also, it's very chic, flamboyant and as a triangle the three women were represented.

There's also the perfect symmetry of a triangle?

Yes, and also it's also a female symbol of power. Once the male characters have outplayed their part, they disappear from the film. It's nothing to do with men. It’s all about the world of women.

You debuted the film in Cannes. How was it to premiere the film out there as you've first shown your last three films at the festival?

I love it. I love being the eye of the hurricane.

The first press screening got as many boos as cheers. How did you feel about that?

You talk about Hollywood as well. This is your second film to be set in Los Angeles following Drive. How do you find the place as both a person and a filmmaker?

I love Hollywood and I love Los Angeles as a city. I find it very inspiring. I find it very poetic and strange and alien and unique. There's no other place quite like it. It's one and its own.

Have you had the temptation to be lured by the industry to tackle a big mainstream blockbuster rather than these very unique smaller films?

I would love to do a big blockbuster movie, I just don't know whether they necessarily want me to do it. I would love to try one. I watch them and I find them very entertaining, especially when I'm on a plane as I'm afraid of flying. They take away my attention. There's a certain understanding when you make those films that there's a trade-off. There hasn't been that trade-off that's been worth it for either side, but yes, I would love to do one – one of those big superhero movies with a lot of people running around.

The studios seem to be going for more independent directors for those kind of films now though.

It seems to me like a lot of studios, as I hear, are understanding that they need more voices in their filmmaking but I mean, don't kid yourself, in the end it's marketing groups, focus groups, test groups that's going to determine how that movie is going to turn out.

You must have complete creative control in everything that you do.

Yes. It's what makes you get up in the morning. I have always said it's very important that creative freedom out-weighs any amount of money that they can ever pay you – as long as you're in okay shape, but if you were to switch it around you have to lose your control. My world is that it just has to be worth it for both sides of the coin.

Where do you draw your influences from as a filmmaker?

I just make films based on what I would like to see. Everyone is inspired by what they experience growing up or around them continuously, and you kind of take that and you go on to what you do. I don't always think that it's healthy to try and figure out the inspiration because it becomes more about categorising or almost figuring a way to put it in a box. Like Bronson says, 'you can't put me in a box mate.' 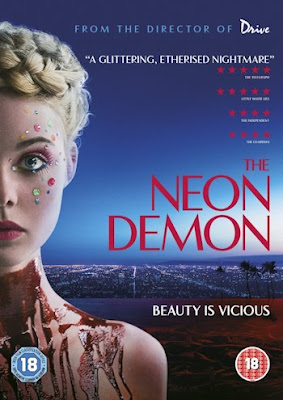 "The Neon Demon" is out now in the UK on BD, DVD and Digital HD.