Dolph Vs Sharks in SHARK LAKE on UK DVD!!!! 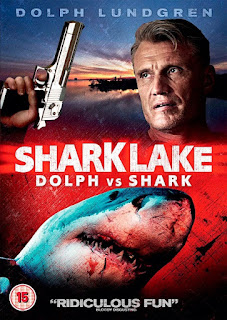 Coming to UK DVD August from Soda pictures, it's Dolph Lundgren vs Sharks in the epic SHARK LAKE!!!!

Having served a prison sentence for black-market animal trafficking, Clint Gray (Dolph Lundgren) returns home to find that the exotic species he previously released into serene Lake Tahoe has begun feasting on the sun-seeking locals.

The vicious attacks prompt a dedicated local cop to investigate what exactly is preying on her beloved quiet town. She sets out to stop the threat at any cost, finding help in the form of an unlikely hero.

Combining all the fun of pitting a bloodthirsty shark against a muscular performance from Lundgren with plenty of gore, SHARK LAKE proves once again that it’s still not safe to go in the water…