Alice Cooper is no stranger to horror movies. Not only does his influential brand of shock rock draw heavily from the genre, but Cooper provided the fan-favorite theme song from Friday the 13th Part VI: Jason Lives and appeared in such films as Freddy's Dead: The Final Nightmare, Prince of Darkness, and Dark Shadows.

The Rock and Roll Hall of Famer is showing his horror roots by teaming up with Fright-Rags to release a line of exclusive apparel. The Alice Cooper Collection is on sale now at Fright-Rags.com. 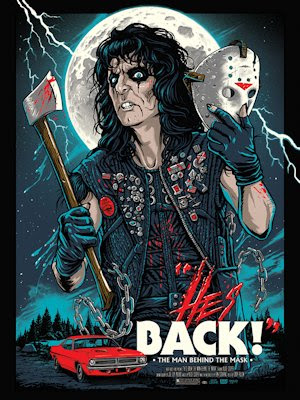 The other shirts honor Cooper's classic songs while embracing his signature style: Welcome to My Nightmare (with art by Geoff May), Feed My Frankenstein (by Scarecrowoven), Teenage Frankenstein (by Gary Pullin), and Psycho Ward (by Christopher Franchi).

Fright-Rags also recently released new Jaws shirts to kick off beach season. You'll find these and many more at Fright-Rags.com. 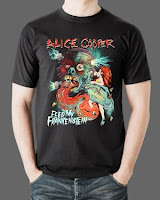 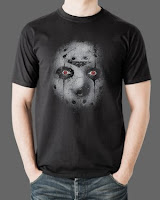 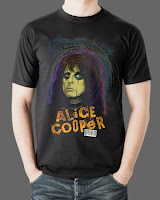 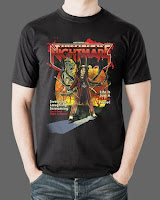 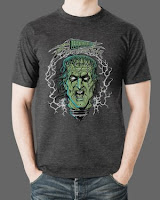 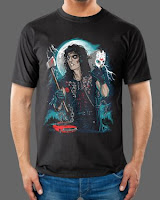