Producer Dean Devlin posted the following pic on his Instagram account yesterday (May 26) of himself with Jeff Goldblum on the set of "Independence Day 2", which is currently in production. 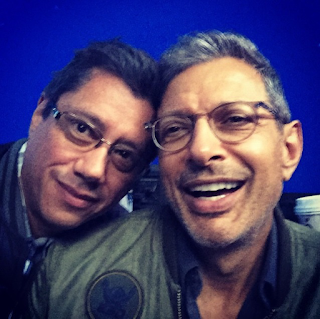 The film is being directed once again by Roland Emmerich. Other returning stars from the original include Bill Pullman and Brent Spiner (didn't his character die?). Liam Hemsworth (The Hunger Games, Expendables 2) is also starring.

"Independence Day 2" is set to be released next year, some 20 years after the first film, back in 1996,  was released to cinemas.