"House of Bad" - set for US DVD release this December 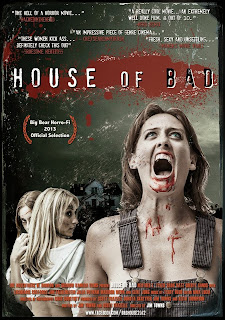 Written and directed by Jim Towns, "House of Bad" tells of three sisters on the run with a suitcase full of stolen drugs, yearning to break free from their sordid pasts. When the eldest sister Teig (Tyler) decides they’re going to hide out in their old, abandoned family house, its painful memories quickly become too real to fight off.  Unable to distinguish dreams from reality, this attempt at a new lease on life turns into a race for survive.

For more information on "House of Bad", tipped to be atop of many horror fans' Christmas wish lists this year, visit the film's official website at http://www.houseofbad.com

Pre-order the US DVD at Amazon.com