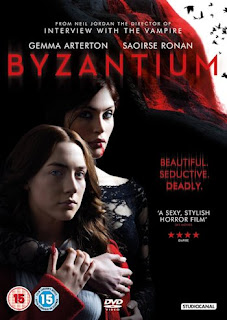 Starring GEMMA ARTERTON (Hansel & Gretel: Witch Hunters), SAOIRSE RONAN (The Host) and directed by NEIL JORDAN (Interview With The Vampire). Byzantium is a new breed of horror which takes vampire mythology to a new level of modern terror as mother and daughter seduce and explore new ways to kill their victims!

There is also an exclusive BD steelbook available only from Zaavi.