To mark the release of "Lake Placid : The Final Chapter", checkout this rather cool infographic containing various facts and figures from the franchise (click on the image to enlarge). 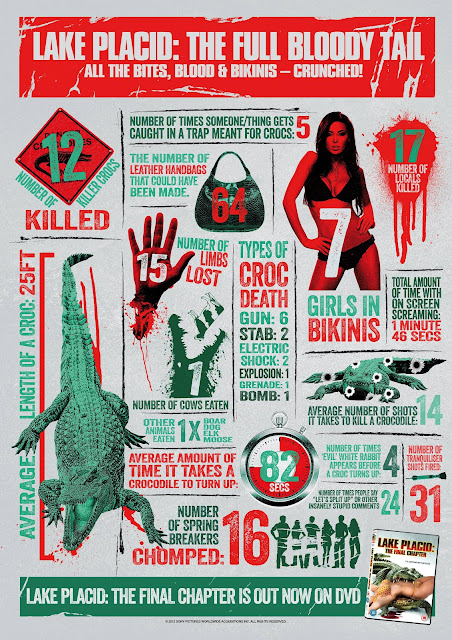 Horror icon Robert Englund (Nightmare on Elm Street franchise), Yancy Butler (Kick Ass) and Elisabeth Röhm (TV’s “Heroes”) star and the film is directed by Don Michael Paul (Half Past Dead).
The film is out now on UK DVD from Sony Pictures Home Entertainment.
Buy the UK DVD at Amazon.co.uk