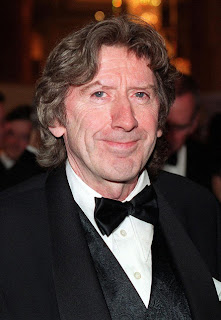 We're sad to report that noted horror author James Herbert died earlier this week, aged 69. The Guardian newspaper have printed the following obitury...
James Herbert, one of the UK's most popular novelists and writer of bestselling horror books including The Rats, The Fog and The Survivor, has died at his home in Sussex aged 69.
His publisher, Pan Macmillan, said Herbert, author of 23 novels published in 34 languages that sold more than 54m copies worldwide, died peacefully in his bed.
Tributes were led by Jeremy Trevathan, his editor for 10 years. He said: "Jim Herbert was one of the keystone authors in a genre that had its heyday in the 1970s and 1980s. It's a true testament to his writing and his enduring creativity that his books continued to be huge bestsellers right up until his death. He has the rare distinction that his novels were considered classics of the genre within his lifetime. His death marks the passing of one of the giants of popular fiction in the 20th century."
Novelist James Smythe, who writes about horror fiction for the Guardian, said: "James Herbert was one of the first adult writers – in both senses of the term – that I ever read. When I stopped reading my gateway teenage books and moved on to my dad's horror novels, he was one of the big three: him, Stephen King and Dean Koontz.
"He was the weirdest, the nastiest. The Fog and The Rats terrified me; Creed was spoken about in my school in almost mythological ways, being both horrifying and introducing us to sexual concepts we'd never contemplated before that point; and The Magic Cottage, when given to me aged 13 by an amazing English teacher, was one of the books that made me want to become a writer.
"The early books still retain an amazing power over me to this day, showing his skill as one of the greats of the horror fiction genre."
Herbert was born in London in 1943, the youngest son of East End market traders, and got his first work in advertising, becoming art director and head of the agency he joined.
At the age of 28 he began writing his first novel, a terrifying story of London being overrun by mutant, flesh-eating rats. When The Rats was finally published in 1974, the first print run of 100,000 copies sold out in three weeks.
The pattern was to be repeated time and again: he scared the living daylights out of readers with books such as The Dark, The Magic Cottage, Haunted and Creed.
Four of his novels – The Rats, The Survivor, Fluke and Haunted – were made into films while one of his later works, The Secret of Crickley Hall, became a three-part supernatural thriller for the BBC last year.
The paperback of his 23rd novel, Ash, was published last week.
In an interview last year Herbert said: "I hate violence and I didn't plan to write horror; it just poured out of me. The great thing is that you can write humour, romance or political thrillers under that genre."
Herbert, awarded an OBE in 2010, is survived by his wife, Eileen, and their three daughters.

RIP James, you will be sadly missed!