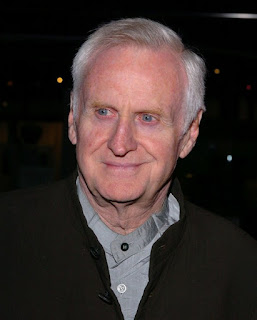 From the end of March and throughout April, the British Film Institute's Southbank theatre in London will be screening a season films by legendary film maker "John Boorman".
Not an easy director to categorise, he has produced many diverse works over the years, ranging from horror, to crime, war and science fiction and the BFI will be screening a broad spectrum of his works, including the Hill-Billy horror "Deliverence", notorious horror sequal "Exorcist 2 : The Heretic" and the offbeat Sci-Fi film "Zardoz" (yes, the one with a pony tailed Sean Connery dressed only in red underpants and leather boots).
Of course, if none of those appeal to you, many of his other films are being screened over the month, including classic sword and sorcery tale "Excalibur" and the action-adventure film "Emerald Forest".
The BFI's John Boorman season runs Mar 25 - Apr 25. Full details of these and other films in the season can be found on the BFI website at...https://whatson.bfi.org.uk/Online/john-boorman