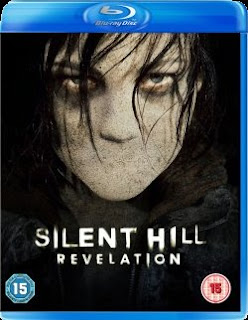 SILENT HILL: REVELATION comes to UK disc this March. Based on the groundbreaking survival horror video game franchise, this is the sequel to the hit film SILENT HILL, which took nearly $100 million at the worldwide box office.
For years, Heather Mason (Adelaide Clemens, X-Men Origins) and her father (Sean Bean - Game of Thrones/Lord of the Rings) have been on the run, always one step ahead of dangerous forces that she doesn't fully understand. Now on the eve of her 18th birthday, plagued by terrifying nightmares and the disappearance of her father, Heather discovers she's not who she thinks she is. The revelation leads her deeper into a demonic world that threatens to trap her in the nightmare of Silent Hill forever.
Directed by Michael J. Bassett (Deathwatch), original cast members Sean Bean (Game Of Thrones, Lord Of The Rings), Deborah Kara Unger (The Game, White Noise) and Radha Mitchell (The Crazies) return, along with Adelaide Clemens (X-Men Origins) and Kit Harington (Game Of Thrones) as well as Carrie-Anne Moss (The Matrix, Disturbia) and Malcolm McDowell (A Clockwork Orange, The Artist).
SILENT HILL: REVELATION is available on DVD, Blu-ray, 3D Blu-ray, Steelbook and download on 18th March 2013.