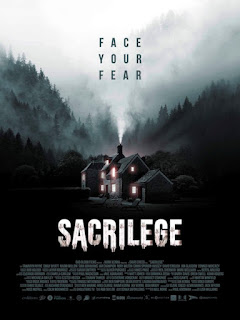 Bad Blood Films have confirmed that their folk-horror SACRILEGE will be heading to digital download from 27th September.

Four lifelong friends head to a remote lodge for a weekend of fun. But what begins as an idyllic retreat quickly descends into a fight for their lives when a local Pagan cult offer them up to their Goddess as a sacrifice for the Solstice.

SACRILEGE was produced and filmed in the South West of England where Producer Mark Kenna and Writer/ Director David Creed reside. Much of the film was shot in nearby  Forest of Dean, as well as Weston-Super-Mare.