THE OTHER LAMB - coming October 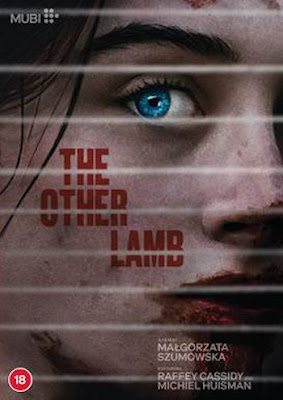 Curated global streaming service and distributor MUBI is pleased to announce the UK and Irish release of Małgorzata Szumowska’s striking English language debut THE OTHER LAMB. The film will release exclusively on MUBI and in select cinemas on 16 October 2020, followed by a Home Entertainment release on DVD 26 October 2020. The film is now available to pre-order here.

Deep in the woods, an all-female cult is presided over by a single man in this haunting folk horror from acclaimed director Małgorzata Szumowska (NEVER GONNA SNOW AGAIN, BODY, MUG, ELLES). Selah, a devoted young believer on the brink of maturity, finds her faith tested when dark visions begin to reveal the fates awaiting the women as they age.

The film, received its World Premiere at last year’s Toronto International Film Festival and its UK Premiere at the BFI London Film Festival, is directed by Polish auteur Małgorzata Szumowska and is produced by Academy Award®-nominee David Lancaster and Stephanie Wilcox of Rumble Films (WHIPLASH, NIGHTCRAWLER, EYE IN THE SKY) together with Aoife O’Sullivan and Tristan Orpen Lynch of Subotica (MISS JULIE, 2014; YOUNG ONES, 2014), Danish producer Marie Gade Denessen of Zentropa (THE HOUSE THAT JACK BUILT, 2018; THE HUNT, 2012) and in co-production with Umedia (MY BRILLIANT FRIEND, 2019; MANDY, 2018).

Szumowska’s newest film NEVER GONNA SNOW AGAIN premieres in Competition at the Venice Film Festival, and has been selected as Poland’s submission to the Oscars in the Best International Feature category.