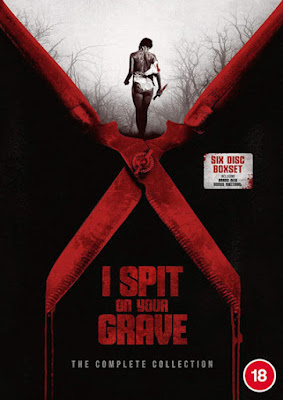 Both titles are also available as part of I SPIT ON YOUR GRAVE: THE COMPLETE COLLECTION, the shocking, controversial and ground-breaking film series, presented in its entirety on Blu-ray and DVD for the very first time from 5th October.

I SPIT ON YOUR GRAVE: DEJA VU, presented completely uncut, is the latest franchise instalment which sees original writer and director Meir Zarchi reunited with star Camille Keaton. 40 years after the events of the first film, Jennifer Hills (Keaton), now a successful author, and her daughter Christy (Jamie Bernadette) are tracked down by the families of Jennifer’s previous victims, seeking violent justice for her vigilante actions.

Facing a new and dangerous threat, mother and daughter must fight to survive by any means necessary. For fans, this is a stunning, must-see and a satisfying final chapter in the legendary series.

GROWING UP WITH I SPIT ON YOUR GRAVE is the new, feature length documentary exploring the full story, history and lasting legacy behind the original cult classic, with new cast and crew interviews, and never-before-seen footage. The film is available on disc with I Spit on Your Grave: Original (Special Edition Double Disc) and as a standalone title on digital download.

Hailed as a feminist-revenge masterpiece by some, and seen as crude exploitation by others, I SPIT ON YOUR GRAVE is engrained in cinematic history and THE COMPLETE COLLECTION is the ultimate tribute to one of the most notorious film franchises of all time, a must-have for fans and collectors . 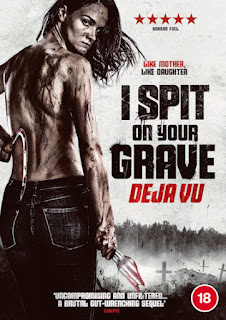 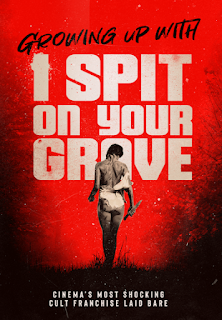