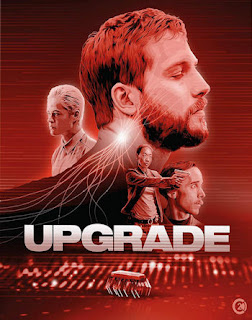 The critically acclaimed breakout Sci-Fi hit of 2018, Upgrade from director Leigh Whannell (Insidious, Saw) and the team behind Get Out, gets its highly anticipated enhanced release as a Limited Edition Blu-ray, complete with a host of brand new special features from Second Sight Films.

In a near-future world, where technology controls everything, technophobe Grey Trace (Logan Marshall-Green – The Invitation, Spider-Man: Homecoming) is the victim of a brutal mugging that leaves his wife dead and him paralysed.

Genre specialist Blumhouse and the visionary creator of the Saw franchise team up to create an instant cyberpunk classic.