Logan Marshall-Green stars in 'The Invitation' 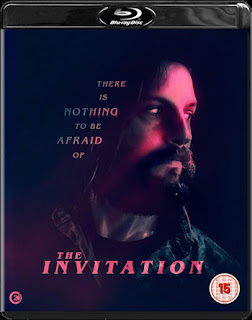 Reluctantly accepting a dinner party invitation from his ex-wife Eden (Tammy Blanchard – Into the Woods) at the house they once shared, Will (Logan Marshall-Green – Spider-Man: Homecoming, Prometheus) and his new partner Kira (Emayatzy Corinealdi – Roots, Ballers) gather with old friends to toast new beginnings.

But Will and his ex-wife share a tragic past, and as paranoia mounts and tensions build, he begins to wonder what is real and what is imagined. As the claustrophobic evening grows increasingly sinister, Will starts to realise the lives of everyone he loves might be in danger…will they make it through the night?

Get your RSVPs in now for The Invitation, but be warned: it’ll be a night to remember until the day you die…