Psychopaths shall inherit the Earth in RIBBONS - Published Sep 13 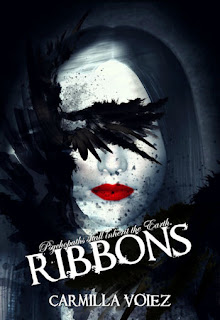 Ribbons is the fourth of a planned five books in the Starblood series, and is due to be published on September 13th 2019 by Vamptasy Publishing (an imprint of CHBB).

While the first three books are full of despair and confusion, Ribbons takes a step toward redemption. In a stand off between gods, in a post-apocalyptic world, hope is born. Freya learns to sacrifice her selfish nature and becomes a leader of men.

The rum bar seems a cosy setting to wait out the apocalypse. When the rain stops falling those who are still breathing are forced to reevaluate their lives. Edensun, The Bringer of Chaos, and Freya’s paths are destined to cross, but when they come face to face who will be the hero and who the villain?

The Morrigu gather; they are told their fate is to save the world from Chaos, but they worship a goddess of war whose intentions are dubious. Only the witch in the tower block seems to know the truth and she is unwilling to share.

The book follows Donna, Freya, Marian and Edensun as they face the aftermath of the terrible red rain and learn to trust again.

Ribbons will be available from Amazon from Sep 13.

For more info on this and the other Starblood books visit http://www.carmillavoiez.com