As the nights draw in and the winter gets closer, it only means one thing - more time to spend watching new Arrow Video releases. October’s slate includes a thrilling new sci-fi drama, a remastered horror classic from a genre master, a nightmarish new supernatural chiller, a newly-discovered 70s grindhouse oddity, and a werewolf masterwork, just in time for Halloween. The selection of new extras and rarities, collectable booklets and stunning new sleeve artwork on each release will have film fans howling at the moon.

Toys Are Not For Children – on Blu-ray 7th October 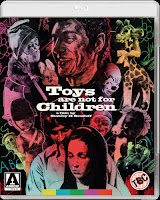 Psychological trauma and aberrant sexuality abound in this twisted 1972 tale of a young woman whose severe daddy issues send her on an unforgettably bleak downward spiral.

Grim, quirky and strangely affecting in equal measure, Stanley H. Brasloff’s Toys Are Not for Children is a truly one-of-a-kind effort from the heyday of the American exploitation independents, which builds to a haunting and devastating climax that lingers long after the credits roll. 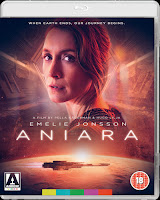 Fleeing an ecological disaster past the point of no return, what’s left of humanity must escape the hell on Earth they’ve created and fly to the stars. Giant interstellar cruise liners, outfitted with every luxury money can buy, take the human race on a three-week journey to their new home: Mars.

On one such space liner, a woman known only as Mimaroben (Emelie Jonsson) assists the passengers as they use MIMA, an advanced AI, to lose themselves in memories of a time when the earth still thrived. Days into their voyage, disaster strikes the ship; debris throws them off course, depletes their fuel and cuts their comms. As the ship floats aimlessly through space with no sign of rescue, MR holds on to hope as society crumbles around her. She looks past certain doom to find a way to help her fellow survivors live, love and do whatever is necessary to hold on to their humanity.

Based on the iconic poem by Swedish Nobel laureate Harry Martinson, Aniara explores the challenges faced by humankind with a deeply compassionate eye. Featuring a career-making star performance from Jonsson, Aniara is a “Masterful Example Of Smart, Relevant Sci-Fi Cinema” (Forbes). 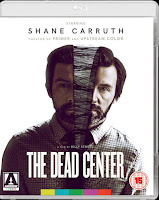 When a very dead suicide victim (Jeremy Childs, Preacher, Nashville) disappears from the morgue, it sets in motion a chain of events that has the power to immolate everything, and everyone, it touches.

Troubled psychiatrist Daniel Forrester (Shane Carruth, Primer, Upstream Color) is drawn to help a mysterious patient who is brought to the emergency psych ward in a catatonic state with no memory of how he reached the hospital. As if to exorcise his own demons, the doctor feverishly tries to break through to his mysterious patient. But as a spate of mysterious deaths shake the ward to its core, Forrester comes to suspect that there is more to his new ward than meets the eye. As he comes to realise what he’s unleashed, a desperate race against the forces of evil threatens to swallow him whole.

The Dead Center is a smart supernatural thriller that explores the demons that live inside all of us from writer-director Billy Senese, recently hailed as a “masterful new voice in terror”. 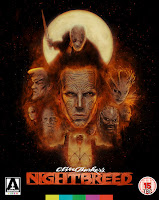 From the mind of writer/director Clive Barker – the macabre visionary responsible for Hellraiser and Candyman – comes Nightbreed, a nightmare-induced fantasy set in a world like nothing you’ve ever experienced before… one which will leave you questioning who the real monsters are.

By night, Aaron Boone (Craig Sheffer - Teen Wolf) dreams of Midian, a hidden subterranean world where monsters have created a haven from humanity. Under pressure from his girlfriend Lori (Anne Bobby, Born on the Fourth of July), he attends psychotherapy sessions, unaware that his shrink, Dr Decker (Videodrome director David Cronenberg), is setting him up to take the fall for a series of violent murders. Convinced he no longer belongs in the human world, Boone goes in search of Midian – not realising that the real killer has plans for both him and the colourful cast of outsiders who call it home…

The victim of studio interference and an unrepresentative marketing campaign, Nightbreed was poorly received by critics on its initial release and failed to ignite the box office, but has since undergone a radical reappraisal. Arrow Video is proud to present two versions of this depraved cult classic: the studio-approved theatrical cut and the reconstructed, reinvigorated director’s cut, for the ultimate nightmarish viewing experience. 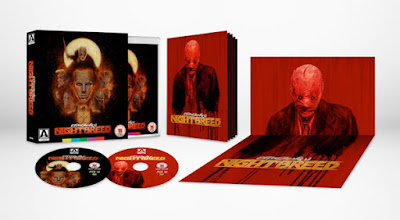 An American Werewolf in London – on Blu-ray 28th October 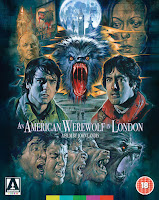 One of the greatest directors of the 1980s, John Landis (The Blues Brothers, Trading Places), expertly combines macabre horror with dark humour in the lycanthropic classic, An American Werewolf in London.

American tourists David (David Naughton) and Jack (Griffin Dunne) are savaged by an unidentified vicious animal whilst hiking on the Yorkshire Moors. David awakes in a London hospital to find his friend dead and his life in disarray. Retiring to the home of a beautiful nurse (Jenny Agutter, Walkabout) to recuperate, he soon experiences disturbing changes to his mind and body, undergoing a full-moon transformation that will unleash terror on the streets of the capital...

An American Werewolf in London had audiences howling with laughter and recoiling in terror upon its cinema release. Landis’ film has gone on to become one of the most important horror films of its decade, rightly lauded for its masterful set-pieces, uniquely unsettling atmosphere and Rick Bakers’ truly ground-breaking, Oscar-winning special makeup effects. Now restored in 4K, and presented with an abundance of extra features, this big beast of horror can be devoured as never before... 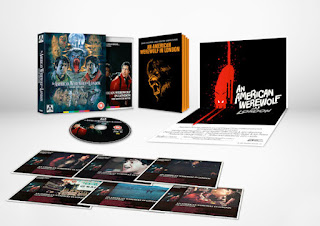 • New 2018 4K restoration from the original camera negative supervised by John Landis
• High Definition Blu-ray (1080p) presentation
• Original uncompressed 1.0 mono and optional 5.1 DTS-HD Master Audio
• Optional subtitles for the deaf and hard of hearing
• New audio commentary by Beware the Moon filmmaker Paul Davis
• Audio Commentary by actors David Naughton and Griffin Dunne
• Mark of The Beast: The Legacy of the Universal Werewolf, newly produced, feature-length documentary by filmmaker Daniel Griffith, featuring interviews with John Landis, David Naughton, Joe Dante and more
• An American Filmmaker in London, a newly filmed interview with John Landis in which he reflects on his time working in Britain and British cinema
• I Think He's a Jew: The Werewolf's Secret, new video essay by filmmaker Jon Spira (Elstree 1976) about how Landis’ film explores Jewish identity
• The Werewolf’s Call, Corin Hardy, director of The Nun, chats with writer Simon Ward about their formative experiences with Landis’ film.
• Wares of the Wolf, new featurette in which SFX artist Dan Martin and Tim Lawes of The Prop Store look at some of the original costumes and special effects artefacts from the film
• Beware the Moon, Paul Davis’ acclaimed, feature-length exploration of Landis’ film which boasts extensive cast and crew interviews
• Making An American Werewolf in London, a short archival featurette on the film’s production
• An Interview with John Landis, a lengthy archival interview with the director about the film
• Makeup Artist Rick Baker on An American Werewolf in London, the legendary make-up artist discusses his work on the film
• I Walked with a Werewolf, an archival interview with the make-up artist about Universal horror and its legacy of Wolfman films
• Casting of the Hand, archival footage from Rick Baker's workshop as they cast David Naughton's hand
• Outtakes
• Original trailers, teasers and radio spots
• Extensive image gallery featuring over 200 stills, posters and other ephemera
• Reversible sleeve featuring original poster art and artwork by Graham Humphreys
• Double-sided fold-out poster
• Six double-sided, postcard-sized lobby card reproductions
• Limited 60-page booklet featuring new writing by Travis Crawford and Simon Ward, archival articles and original reviews

For more info and to pre-order visit https://www.arrowfilms.com
Posted by Dark Angel at 14:13