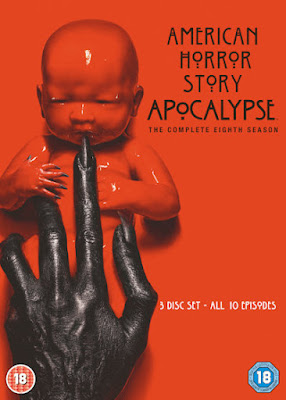 Chaos has won, and evil runs amok in AMERICAN HORROR STORY: APOCALYPSE, the most terrifying and ambitious series yet of the hit anthology horror drama series, created by Ryan Murphy and Brad Falchuk. Series Eight takes place after a devastating nuclear war - the perfect setting for all manner of madness and malevolence.

The unexpected arrival of Michael Langdon (Cody Fern), a Cooperative representative determined to save society with a secret paradise, throws their order into chaos. However underneath the surface of humanity’s salvation lies a battlefield for the final conflict between good and evil.

Fans of the show will gobble it up. Newcomers beware - nightmares are guaranteed!

The new series AMERICAN HORROR STORY: 1984 premieres on FOX on the 19th September at 10pm.