New trailer for "Memory: The Origins of Alien" - in UK cinemas 30 Aug and on UK DVD and Digital 2 Sept

Checkout the new trailer for the forthconing documentart "Memory: The Origins of Alien" from Dogwoof productions...

The iconic scenes and sequences from seminal sci-fi horror ALIEN are firmly embedded in film history and popular culture: the creepy eggs and HR Giger designed spacecraft on a long dead planet; the pivotal facehugger attaching itself to one of the crew of the Nostromo; the shocking chest-bursting sequence and much, much more…

But while we may all now know that "in space, no-one can hear you scream", how did Ridley Scott and the creative team come up with the ideas for a blockbuster that changed both the horror and sci-fi genres and truly terrified audiences around the world?

As we approach the 40th Anniversary of the game-changing film a fascinating feature documentary MEMORY: THE ORIGINS OF ALIEN, from writer/director Alexandre O. Philippe (78/52: Hitchcock’s Shower Scene), uncovers the origin story behind Scott’s cinematic masterpiece, which arrives in cinemas on 30 August 2019 followed by DVD and on demand on 2 September from Dogwoof.

A contemplation on the symbiotic collaborative process of moviemaking, the power of myth, and the collective unconscious, MEMORY unearths the largely untold beginnings of a movie-masterwork rooted in Greek and Egyptian mythology, underground comics, the art of Francis Bacon, and the dark visions of Dan O’Bannon and H.R. Giger.

"Memory: The Origins of Alien" comes to UK cinemas 30th August and is released to UK  DVD and Digital outets on the 2nd September . 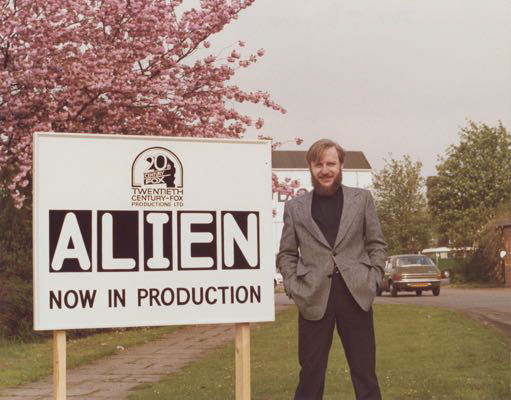