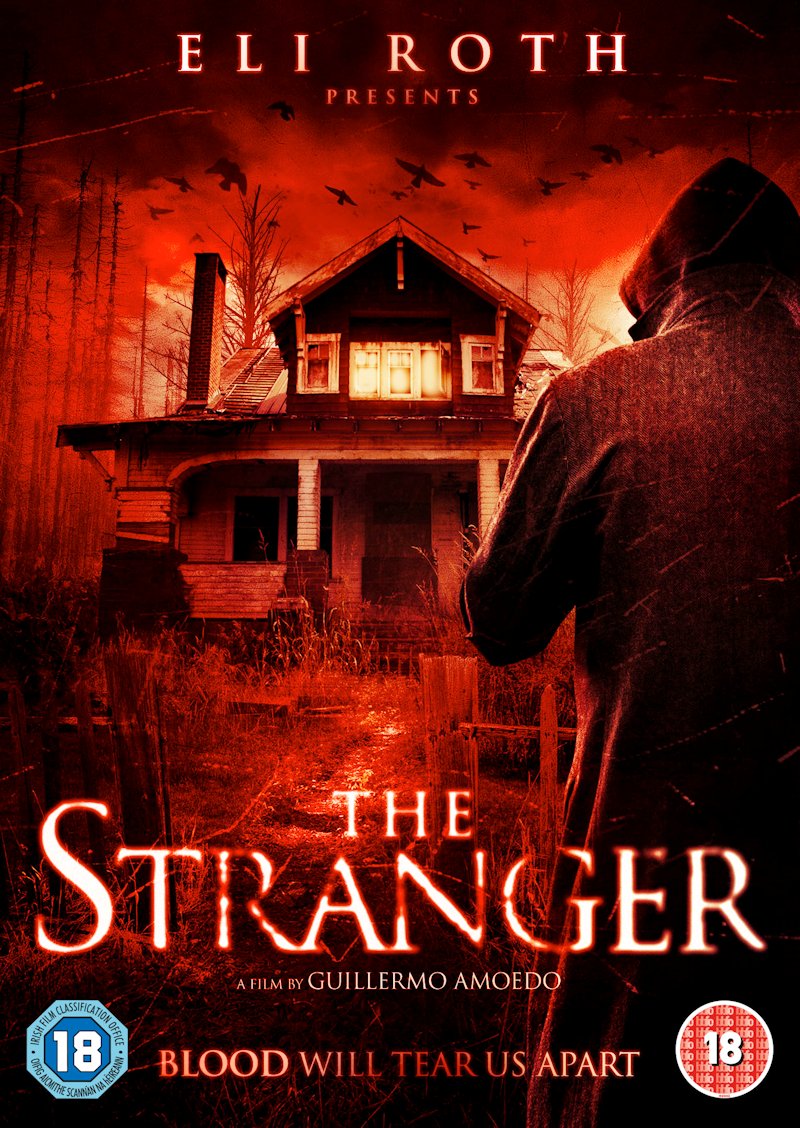 The Eli Roth produced horror “The Stranger”, from director Guillermo Amoedo (Aftershock, The Green Inferno) is out on VOD and DVD this month.

A mysterious stranger (Cristobal Tapia Montt) drifts into a small Canadian town, looking for a girl named Anna. However, he is promptly set about by a group of thugs, who beat him senseless. As one of the thugs happens to be the son of a local police lieutenant (Luis Gnecco), and believing the man to be dead, his father helps them cover up the crime.

But when the body goes missing, and the three thugs end up either dead, or hospitalised, the following night. The corrupt cop suspects a local graffiti artist (Nicolas Duran), who witnessed the earlier beating, may have had something to do with this.
But when the Stranger then intervenes in a confrontation between the cop and the young lad, we discover not only is he alive and well, despite being close to death the previous night, but also appears impervious to gunfire. As the cop quickly finds out…

Seems there’s something in his blood that allows him to heal quickly, which is of particular interest to the corrupt cop, whose son is in hospital. So the young lad and his mother quickly find themselves embroiled in his personal vendetta as he attempts to track him down and either kill him or catch him.

This one is a bit of a slow burner, being more of a dark drama than anything. But is also a strangely compelling tale in which you’re never quite sure what the deal is with the main character and how he seems almost impossible to kill, which makes the film all the more intriguing. Things kick up a gear towards the end, when we find being infected with the strangers blood has dire ramifications and we discover what it is about him that makes him so unique, but I’m not going to spoil the mystery for you.

The film is out on UK VOD now, with a UK DVD to follow on the 16th. The screener copy I viewed did not contain any supplemental material and no news if there will be any additional features included on the DVD.
View the trailer on YouTube
Pre-order the UK DVD from Amazon.co.uk