"The Calling" comes to UK DVD and HD VOD 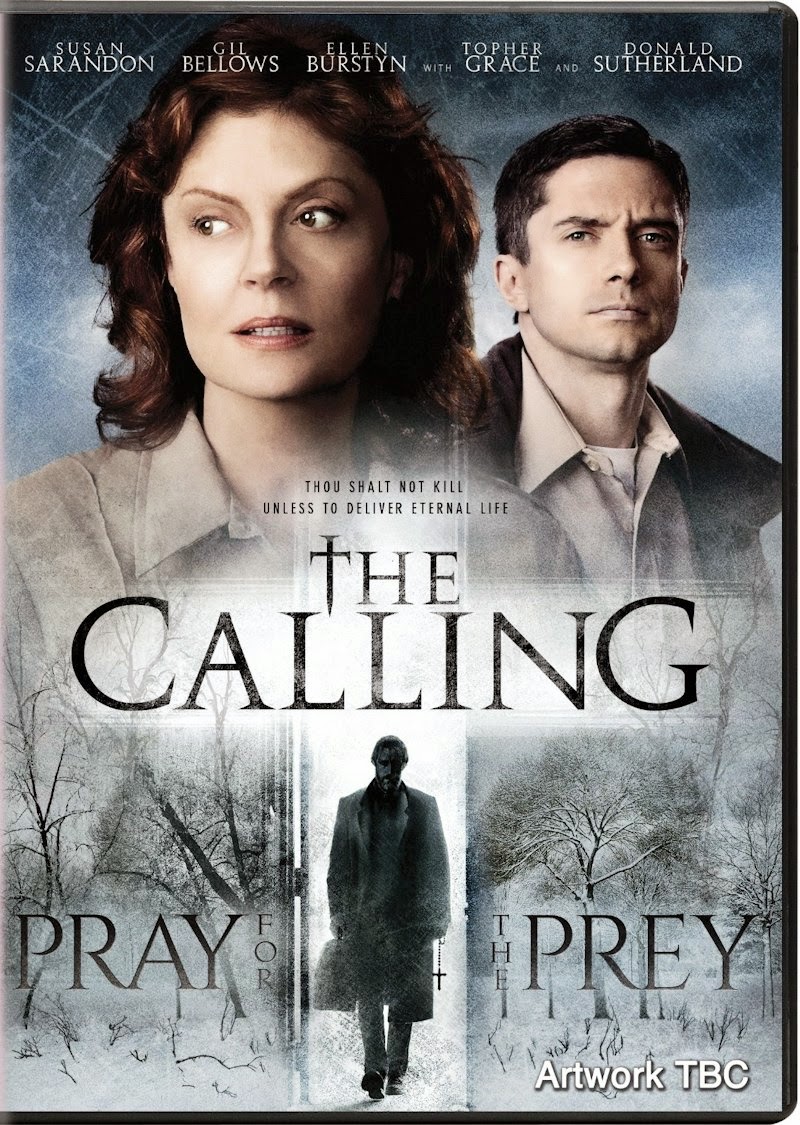 Academy Award winner Susan Sarandon leads an all-star cast in the thrilling murder mystery film, THE CALLING, which will be available on Digital HD February 2 and DVD February 16 from Sony Pictures Home Entertainment.
Detective Inspector Hazel Micallef (Susan Sarandon) leads a quiet life with her mother (Ellen Burstyn), her painkillers, and an occasional drink. But when she checks on an ill neighbour, she stumbles upon a gruesome murder that shatters her peaceful existence. With the help of a fellow detective (Gil Bellows) and a transfer cop (Topher Grace), she unearths a series of similar killings across the country.

When a local priest (Donald Sutherland) suggests a link to an ancient ritual, Hazel focuses her search on a religious madman with a deadly higher calling. Based on the novel by Inger Ash Wolfe, it’s a journey to the shadowy landscape between faith and fear.
Directed by Jason Stone, THE CALLING was written by Scott Abramovitch, based on the novel by Inger Ash Wolfe. It was produced by Abramovitch, Randy Manis, Lonny Dubrofsky and Nicholas Tabarrok. Executive producers are Jonathan Bronfman and Christine Vachon.
Thriller fans can go deeper inside the dark mystery of the film with the chilling bonus featurette, “Divine Intention: Making The Calling,” giving a unique look at the making of this highly original new serial killer murder mystery.
Buy the UK DVD from Amazon.co.uk
Posted by Dark Angel at 21:37