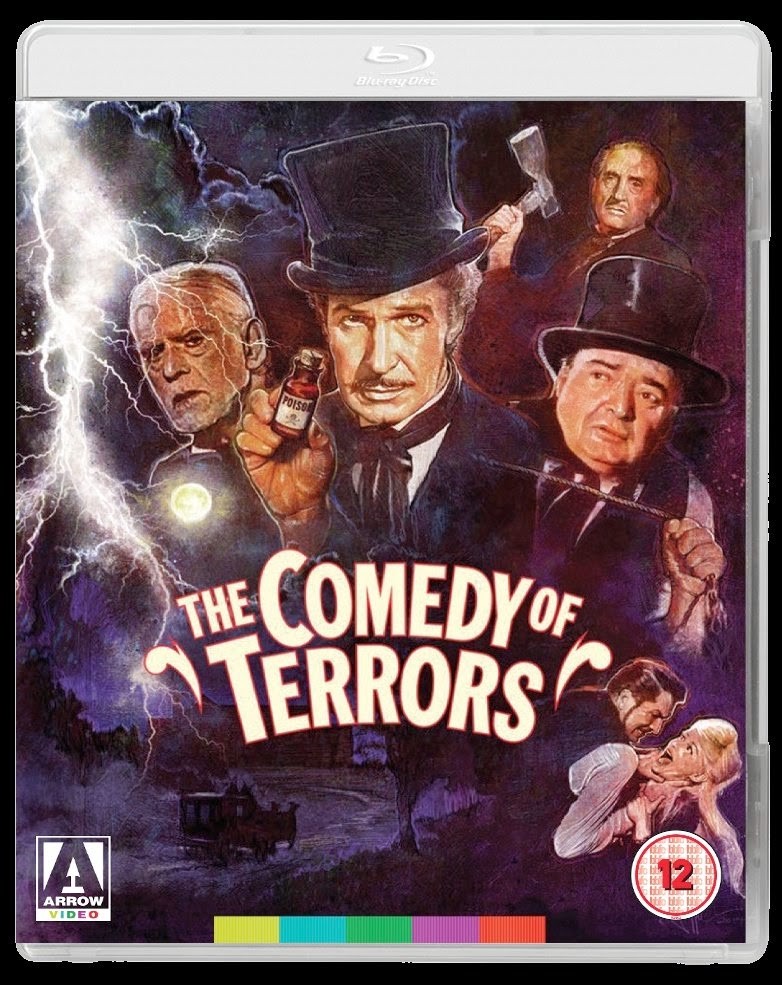 Arrow Video is delighted to announce the latest addition to its roster of Vincent Price movies with the UK Blu-ray and DVD this Feb, with the release of Jacques Tourneur’s "The Comedy of Terrors". The 1963 horror-comedy classic, featuring an all-star ensemble cast including genre greats Vincent Price, Peter Lorre, Boris Karloff and Basil Rathbone.
Price plays Waldo Trumbull, a perpetually inebriated, down-on-his-luck undertaker who has struck on an interesting way to boost business – by hastening the deaths of those whom he buries. When landlord Mr. Black (Basil Rathbone - "Sherlock Holmes") threatens to put him out on the street for falling behind with the rent, Trumbull, together with his reluctant and bumbling assistant Felix Gillie (Peter Lorre - "The Raven"), hatches an ill-advised plan to “kill two birds with one stone”, so to speak…
Also starring fellow genre legend Boris Karloff ("Frankenstein", "The Mummy") and directed by Jacques Tourneur, who also gave us such horror classics as "Cat People", "I Walked with a Zombie" and "Night of the Demon". "The Comedy of Terrors"  is a gleefully macabre tale which bears many of the hallmarks of the master filmmaker’s earlier works, whilst adding a healthy dash of humour to the proceedings. Careful – you might just die laughing!
This new edition boasts a bumper crop of bonus features such as an hour long archive interview with Vincent Price in which the actor reflects on his career and an audio commentary with historian David Del Valle.
Full details are as follows.