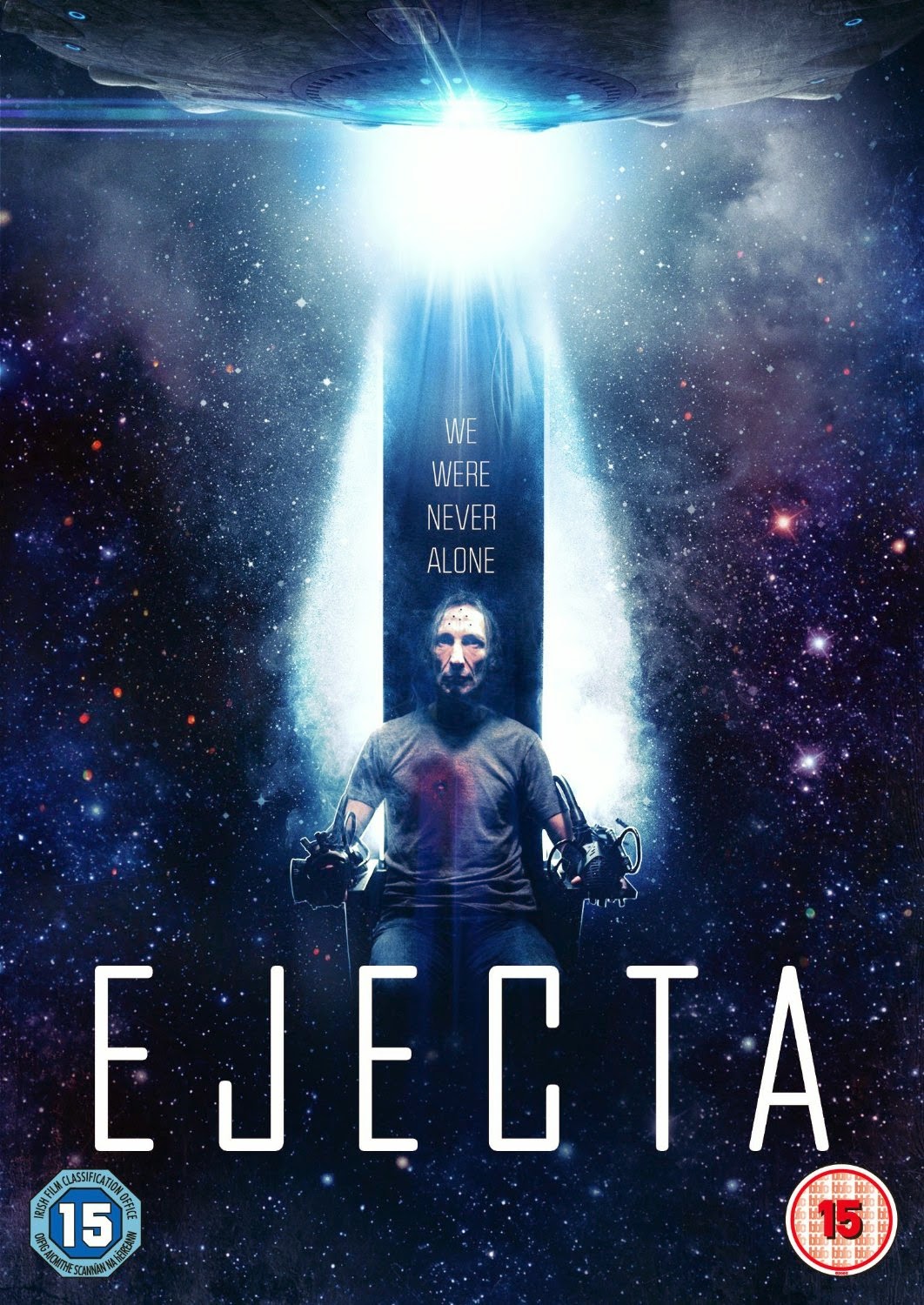 Director Chad Archibalds sci-fi thriller “Ejecta” is out on UK DVD this month from Signature entertainment, who were kind enough to send me a screener copy to review.
The film stars character actor Julian Richings (Cube, Shoot em Up, Wrong Turn) as William Cassidy. A reclusive man , living out on a remote farm, who claims to have been visited by aliens many times over the years.
He is visited by a UFO investigator/conspiracy theorist chap named Joe (Adam Seybold – Exit Humanity), who wants to interview him about his experiences for his blog. But as they sit and chat, they witness strange lights in the sky and something appears to crash into the woods behind his farmhouse.
The next thing we see is Cassidy being interrogated by military scientists at a remote government installation, whilst soldiers are searching his farmland. As he is questioned, we then see through flashbacks the terrifying events that subsequently happened following the crash, which lead up to his capture by the military. But are they prepared for what’s going to happen next?
I wasn’t sure what to expect from this film when I sat down to watch it, but was presently surprised. Richings isn’t exactly a “name” actor, but should be familiar to genre fans through his work on various horror B-movies and action films (he was the guy who got ‘diced’ during the intro to “Cube” and was one of Paul Giamatti’s henchmen in “Shoot ‘em Up”) and always puts in a strong performance.
The film managed to keep me entertained throughout, so I consider it a success, and looked like it had a larger budget than it probably did. However, the constant flashing backwards and forward between the events on his farm and him being interrogated by the military did have me a little confused as to which order the events happened, which only became clearer near the end. Plus a lot of the film is like a ‘found footage’ movie, with the events at the farm being shown through Joe’s camcorder or the soldiers headcams.
If you’re a fan of the "X-files", "Dark Shadows" and those other sci-fi TV shows about aliens and the unexplained you’ll probably like it, but if you’re looking for an action or straight up horror, this probably won’t be your cup-of-tea.
The DVD is a bare bones release without any supplemental features.
"Ejecta" is out now on UK DVD from Signature entertainment.
Buy the UK DVD from Amazon.co.uk