The new UK trailer and Quad poster artwork have just been released for Writer/Director David Robert Mitchell's new chiller "It Follows", which comes to UK cinemas in Feb.
After a date and seemingly innocent sexual encounter, 19-year-old Jay is left with an inescapable sense that someone, or something is following her. Jay and her friends team up to try and find ways escape the traumatising horrors that are always right behind them. 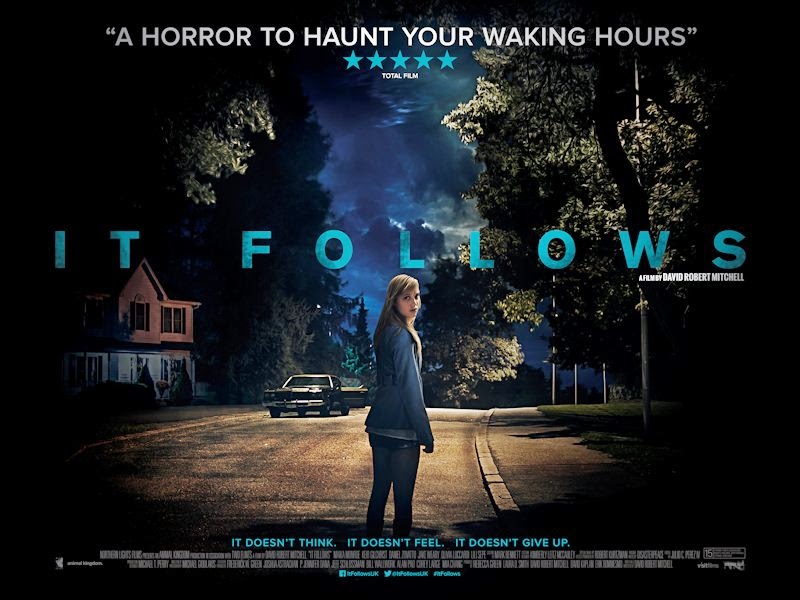 The breakout film from the 2014 Cannes Film Festival, It Follows is a suspenseful, beautifully shot, horror film that takes old, tired horror clichés and puts a smart, culturally relevant spin on them whilst maintaining a timeless class that the horror genre hasn't seen for a long time.

Teen sex, suburbia, murder, and nightmarish demons all take on a new layer of substance and style. Writer/Director David Robert Mitchell reminds us why these horror fundamentals are used so often and shows his peers how it's done.

The film is released to UK cinemas Feb 27th.