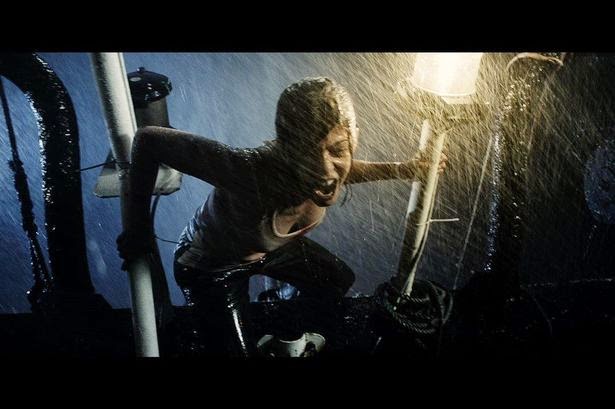 FrightFest celebrates it's 10th year at Glasgow Film Festival with three World, two European and six UK premiere attractions!
The shocktacular line-up starts on 26th February in sumptuous Hammer-style with the UK premiere of the Edgar Allan Poe based "Eliza Graves" featuring an all-star Hollywood cast, including Kate Beckinsale, Ben Kingsley, Jim Sturgess and Michael Caine.
Friday’s fearsome line-up kicks off with the European premiere of "The Atticus Institute" followed by the World Premiere of "The Hoarder". Next up is the riotous "Wyrmwood", the zombie black comedy full of catastrophic carnage and over-the-top splatter. The 9pm slot goes to "88", a glorious, gory and fast-paced homage to cult exploitation revenge thrillers. This is the World Premiere for April Mullen’s most graphic film to date. Rounding off the evening is the European Premiere of "The Asylum".
Getting the Saturday programme off to a nerve-jangling start is the UK premiere of the much anticipated and very disturbing "Clown", produced by Eli Roth. This is followed by FrightFest’s popular retrospective slot which this year is Mario Bava’s "Blood And Black Lace", one of the most influential genre movies of all time. Next up is the World Premiere of "The Woods Movie" – a behind-the-scenes exclusive reveal to everything you ever needed to know about how ‘The Blair Witch Project’ was produced, shot and marketed to become a groundbreaking blockbusting classic. This has been directed, edited and scripted by Russell Gomm, who is a long-serving member of the FrightFest TV crew.
Saturday evening unfolds with the Flemish film "The Treatment" and FrightFest is pleased to present the UK Premiere of this harrowing serial killer thriller. FrightFest unleashed the Spanish sensation [REC] onto unsuspecting audiences in Glasgow 2008 and the organisers are delighted to host the UK Premiere of Jaume Balagueró’s "[REC]: Apocalypse", the shattering visceral conclusion to the global horror phenomenon. And to end the FrightFest carnival of carnage is the UK premiere of the creepy, brain-freezing "There Are Monsters".
Glasgow Frightfest runs from Thursday, February 26 and until Saturday, Feb 28
For more information about Frightfest Click Here.

For more information about these and other films at the Glasgow film festival, and to buy tickets, Click Here.