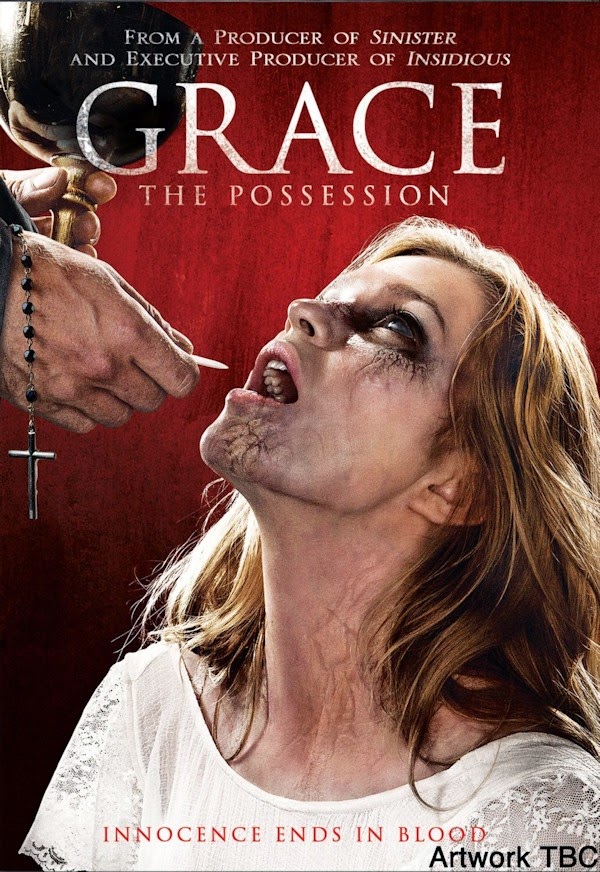 Released this month to UK and , “Grace the Possession” tells the tale of young Grace (Alexia Fast – Jack Reacher). A somewhat introverted girl, who was raised by her devout Catholic grandmother (played by horror veteran Lin Shaye).
She has decided to leave home to go to college, much to her Grandmother’s disdain, who fears she will be tempted into “sin” by her hedonistic college co-eds. But Grace just wants to be a normal teenager and starts to make friends and begins to get involved in the college party lifestyle.
But then strange things start to happen, weird hallucinations, nightmares, strange marks on the skin, then she starts suffering from blackouts, which results in her grandmother picking her up from the hospital and pulling her out of school. Convinced she’d been getting up to no good, she forces her to start regularly attending church again. But whilst the grandmother comes across as an overly protective zealot, as the hallucinations and blackouts become worse, we find there might be a reason for her overtly religious, protective nature.
For the most part, the film is shot from a ‘first person perspective’, showing everything from Grace’s point of view, so it sort-of has a slight ‘found footage’ style to it, but nowhere near as shaky.  Plotwise, the film remains fairly interesting, as we’re never too sure whether Grace is just ill and her Grandmother is making things worse by insisting she just prays, rather than get medical help. Or whether there is something demonic/spiritual going on until you get near the end.
That being said, it does tread the same sort of ground as “The Exorcist”, “The Possession” and similar other films about demonic possession. But if you like those sorts of movies, then you should like this.

"GRACE: THE POSSESSION" arrives on Digital HD in the UK January 5 and on UK DVD January 19 from Sony Pictures Home Entertainment.
Buy the UK DVD at Amazon.co.uk