HALLOWEEN Toys from Fright-Rags for Halfway to Halloween

Fright-Rags is honoring the halfway to Halloween mark with exclusive toys based on John Carpenter's 1978 horror classic, plus new Hannibal apparel. Michael Myers, Laurie, and Lynda action figures and Halloween Nanoforce sets are available to pre-order for one week only.

Fright-Rags' HALLOWEEN retro-style action figures include Michael Myers (with knife and headstone), Laurie Strode (with pumpkin, knife, and hanger), and Lynda van der Klock (with purse). Each one stands 3.75" tall and has five points of articulation. 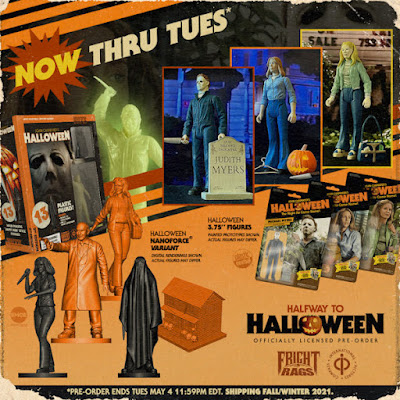 Fright-Rags has reissued its Halloween Nanoforce set with variant colors. It features 12 different 2" scale black and orange figures plus a 4" glow-in-the-dark Michael Myers figure. They’re packaged together in a collectible box with a map of Haddonfield, which doubles as a checklist. 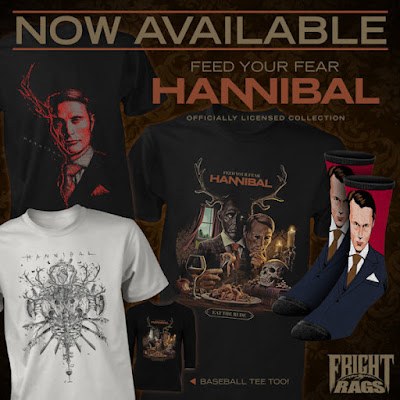 HALLOWEEN and HANNIBAL collections are on sale now at Fright-Rags.com. HALLOWEEN pre-orders run through Tuesday, May 4, and are expected to ship in Fall/Winter 2021.
Posted by Dark Angel at 22:44