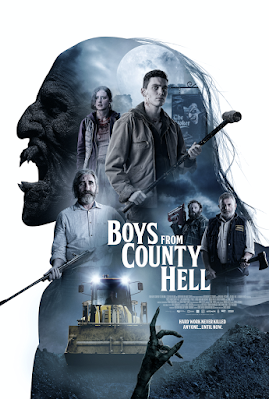 Vertigo Releasing have announced that BOYS FROM COUNTY HELL, the ultimate Dracula ‘origin story’, is releasing in UK cinemas on June 18th. Vertigo will also be partnering with Wildcard for the Irish theatrical release which is to be confirmed.

Welcome to Six Mile Hill, a sleepy Irish backwater whose only claim to fame is the somewhat dubious local legend that Bram Stoker once spent a night in the local pub. It’s home to Eugene Moffat, a young man who fills most of his days drinking pints with his friends and pranking tourists who come to visit the gravesite of Abhartach, a legendary Irish vampire some believe to have inspired ‘Dracula.’