Lightbulb Film Distribution is delighted to share the poster and trailer for new dystopian fantasy-thriller, UNDERGODS, which will be coming to cinemas and digital download on May 17. 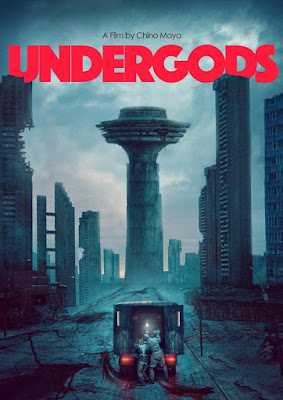 In a futuristic, post-apocalyptic world, K and Z roam the streets on the lookout for corpses and something even more valuable - fresh meat.

Following its world premiere at Fantasia last year, the film went on to celebrate its UK premiere at Glasgow Film Festival in February. Since then, Undergods has gone on to receive two British Independent Film Award (BIFA) nominations.

From May 17, UNDERGODS will be released day-and-date; in select cinemas nationwide and On-Demand simultaneously. A limited-edition Blu-ray and vinyl soundtrack are also planned for later in the year.

Check out the trailer below!