Smith publicity recently got in contact to tell us about 2 new horror novels they are promoting, PRETERNATURAL: EVOLUTION and INHUMAN, which are available now. 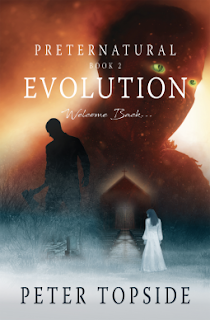 A psychological horror that is equal parts grisly and thought-provoking, leaving readers to question right from wrong. Author Peter Topside incorporates his own personal, life-changing journey of triumphing over the PTSD of his traumatic upbringing in the Preternatural series. Fans of Jennifer Giesbrecht’s The Monster of Eldenhaven and William Massa’s Occult Assassin will find themselves drawn to the complex characters, spiritual questioning, and psychological terrors found in the Preternatural series.

In the first book of the Preternatural trilogy, readers are introduced to the town of Meadowsville, the home of the most popular urban myth, Mr. Smith. This vicious, vampire-like entity rules over this booming town by any means necessary, slaughtering its citizens, and upholding a long-standing tradition. Several residents form an unlikely alliance to combat the common threat of this dangerous monster and embark on an undertaking that will change each of them and their town forever.

Set fifteen years after the vampire Blackheart was defeated, Meadowsville is left desolate and broken. Alexandra has returned to take over her father’s church but is struggling to find her true purpose. Torn by her shaky loyalty to Christian Reed—the unstable town antihero who vanquished Blackheart years ago—and increasing efforts at seduction and manipulation from Blackheart himself, she is forced to face her deepest traumas and insecurities.

As the town’s only hope, Alexandra must gather her strength to transcend her terror. Will she defeat adversity or will her failure lose the very soul of Meadowsville?

Peter Topside is an accomplished chef and baker, movie fanatic, a proud father and husband, and a Clinical Exercise Physiologist by trade. His books are the culmination of his own personal, life-changing journey of triumphing over the PTSD of his traumatic upbringing. He hopes to inspire readers to bravely fight their own battles with anxiety and depression. 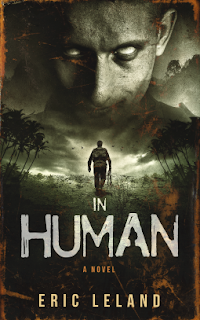 In 1969, somewhere over South Vietnam, Captain Brandon Doran sits aboard an unmarked aircraft on final approach to a Top-Secret military base. A shadowy government operative offers a deal: in exchange for erasing Brandon's tarnished military record, he must ensure the recon team, to which he is about to be assigned, follows orders. Easy enough. Or so Brandon thinks.

Sergeant First Class John Nicholas, Captain Brandon, and the elite Recon Team New York venture deep into North Vietnam to rescue Recon Team Florida, which has gone missing near a remote village in the north. John expects heavy resistance, but intercepted radio traffic suggests something near that village has spooked even the hardened North Vietnamese Army. Soon after New York's midnight insertion behind enemy lines, John finds out what. Confronted in the night by a merciless demon, John reacts the way any soldier would: he shoots it. But John discovers, far too late, pulling the trigger is the worst mistake he can make.

Flung headlong into atrocity and supernatural chaos, New York's surviving members discover an unexpected ally in Jaran, a young novice in the old magic of her ancestors. She is the only defense New York has against this powerful evil, but her magic requires a cruel price. Now, with a ruthless NVA hunter-killer team on New York's trail, and an ancient evil lurking in the shadows, the few remaining survivors learn their escape demands brutal payment. To survive, New York must become as inhuman as their demonic pursuer.